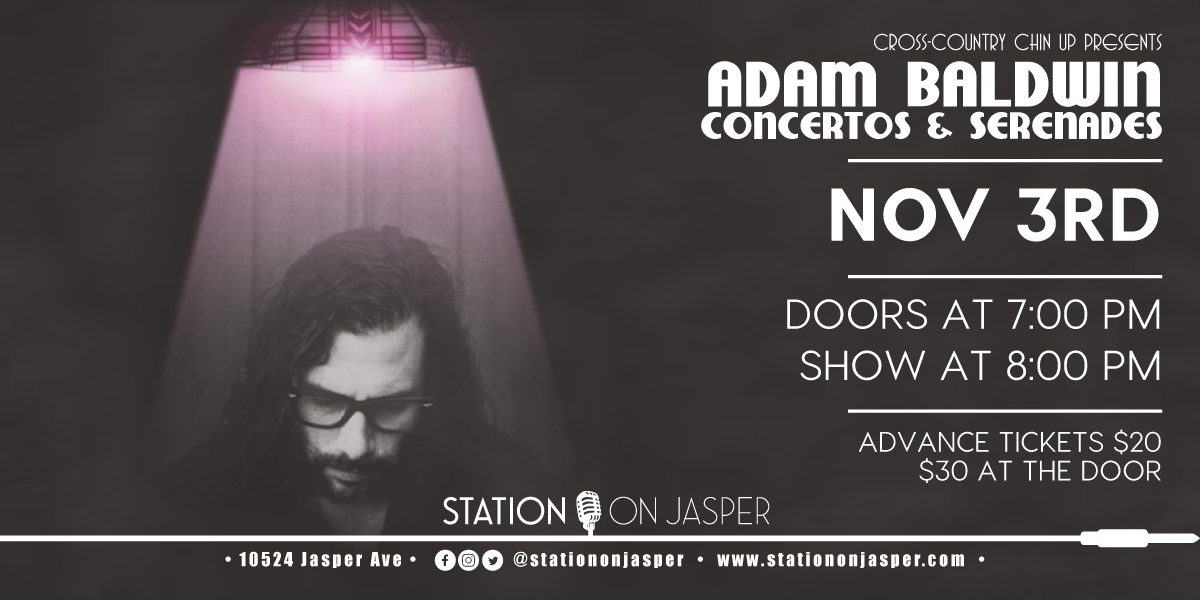 Singer-songwriter Adam Baldwin has been a mainstay of the Atlantic Canada music scene for over a decade. Starting as a member of rock combo Gloryhound before joining Matt Mays & El Torpedo in 2009, Baldwin’s own music has continued to evolve since his award winning self-titled solo debut EP in 2013.

In 2016 Baldwin released his first full length album No Telling When (Precisely Nineteen Eight-Fine) featuring the singles “Daylight” and “Anytime”. In 2019 he released the follow up No Rest for the Wicked, including “Salvation” and “Dark Beside the Dawn”.

In March 2020, with in person performances impossible due to COVID-19, Baldwin launched his Cross-Country Chin Up concert series, every Friday evening on YouTube. In addition to taking the opportunity every week to connect virtually with fans, he also raised funds for Mental Health Foundation of Nova Scotia, Red Cross Stronger Together Nova Scotia Fund, RCMP Fallen Officer Fund, and the Black Cultural Society for Nova Scotia. The online concert series has also inspired to two digital EPs: Chin Up Sessions (his own songs) and Songs for the Parlour (cover tunes).

Sonic Records will release the new album by Adam Baldwin, entitled Concertos & Serenades, on September 23, 2022. The album features ‘Causeway Road’ and is available for pre-order in the store.