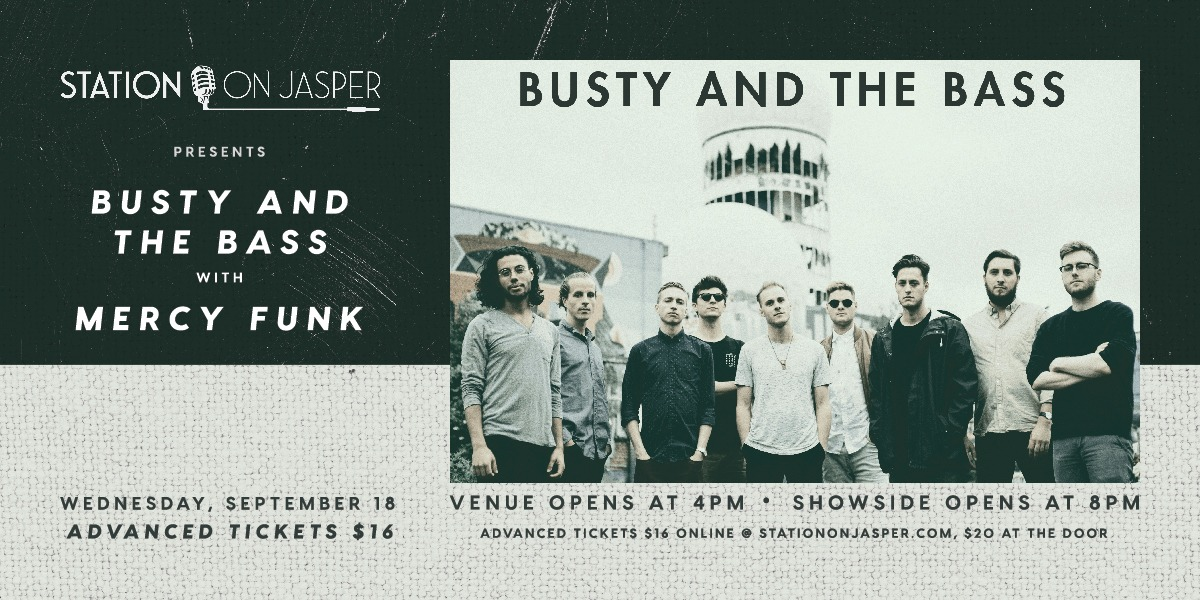 Busty and the Bass with Mercy Funk

With their seamless blend of soulful hip hop vocals, rap, signature brass and synths, Busty and the Bass is ushering in a new era of genre-defying sound. After meeting in their first week of the McGill University jazz program, the Montreal-based nine-piece quickly shot up from from packed house party jams to scorching live performances in front of thousands of fans across the US, Canada, Europe and the UK.

Complex dubs them “a lovechild between jazz, hip-hop and electro-soul,” and Rolling Stone declares that “they know how to seduce an audience.” But Macy Gray may have said it best, applauding their cover of her hit song “I Try” as simply “beeyooteefoh.”

After building a dedicated international fan base off of the release of just two EPs -- GLAM (2015) and LIFT (2016) -- Busty is taking things to the next level with their forthcoming debut album, “Uncommon Good.” They’ve enlisted veteran producer and mixer Neal Pogue to guide the project, who is best known for his work with the likes of Outkast, Snoop Dogg, Earth Wind and Fire, MIA, Nicki Minaj, Aretha Franklin, and Lil Wayne.

The new album builds on a smooth foundational sound reminiscent of artists like Parliament, Earth, Wind and Fire, and Michael Jackson, weaving in the contemporary influence of Kendrick Lamar, D’Angelo, and James Blake. Each song on “Uncommon Good” feels like a single, from the brassy disco groove of “Up Top” to the Outkast-esque “Memories and Melodies” and the sensual, lyrical flow of “Common Ground.” The album synthesizes a swirling mixture of funk, soul, rock, hip-hop, dance music, and gospel that is layered, polished, and unified.

“Uncommon Good” will be released in Fall 2017 with Montreal independent label Indica Records (Half Moon Run, Phantogram) following performances this year at SXSW, the UK’s The Great Escape, and their second consecutive year playing the main stage at Montreal Jazz Fest-- this time opening for Anderson Paak.

Busty’s natural chemistry and high-energy live show have made them an instant favorite with audiences around the world. Whether it’s your first Busty experience, or you know every time the cowbell comes in -- you’re gonna dance.

This coming fall will mark the beginning of Busty and the Bass' world tour in support of their debut album, “Uncommon Good”, set for release September 8, 2017.
--