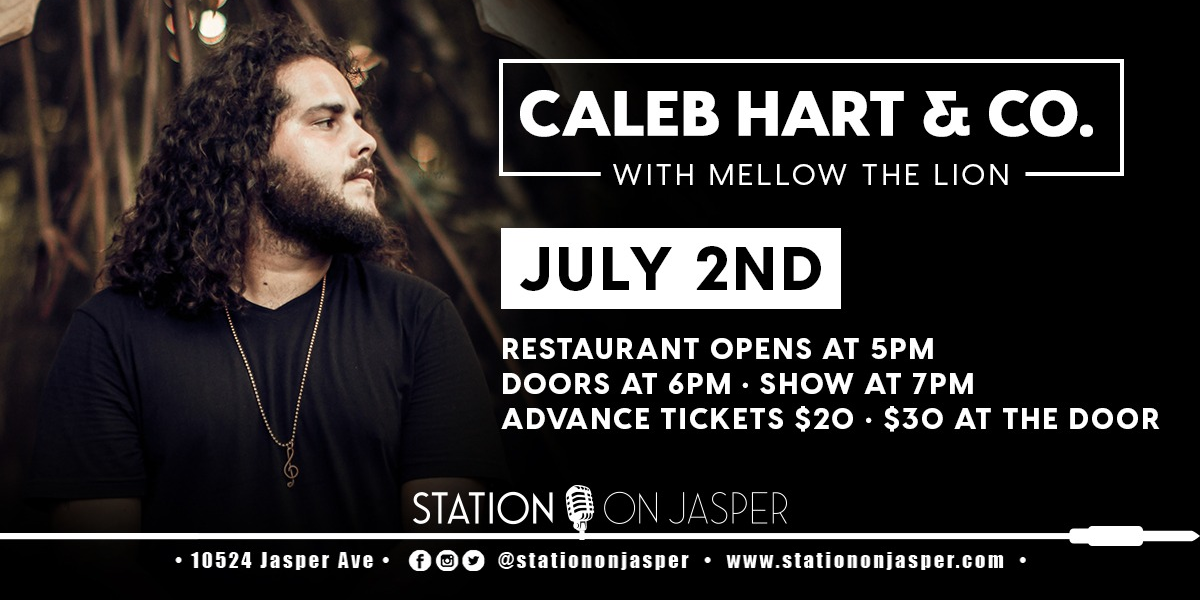 Growing up in the the beautiful twin island nation of Trinidad and Tobago, gave Caleb Hart the unique opportunity to meet people from all over the world and learn about their cultures. As he learned, he fell deeper and deeper in love with a wide variety of music: Gospel, Soul, Pop, Rock, Calypso, Soca and more than anything Reggae.

After trouble at home required a change of pace, Hart moved to Canada to step out of the ruts of gang culture and violence he had fallen into. Mere days after landing, Hart had a divine encounter that changed his outlook on everything. Suddenly, his life and music had purpose and he dedicated to growing in his craft, quickly hitting the road as a hip-hop artist under the pseudonym “BraveHart” and touring through schools, reserves and small towns on anti-bullying and suicide awareness campaigns.

Soon, Hart settled in Grande Prairie Alberta and formed a reggae band “Tasman Jude”. Within their first 3 years Tasman Jude’s popularity grew both at home and around the world racking up hundreds of shows in Canada, Australia and the Caribbean, as well as radio airplay, and awards. Throughout all of this Hart continued to grow as a performer, songwriter, and in his desire to reach as many people as possible with a message of hope, unity, and love. These days you will continue to find him out on the road or in the studio, connecting people, and working to spread joy wherever he goes.