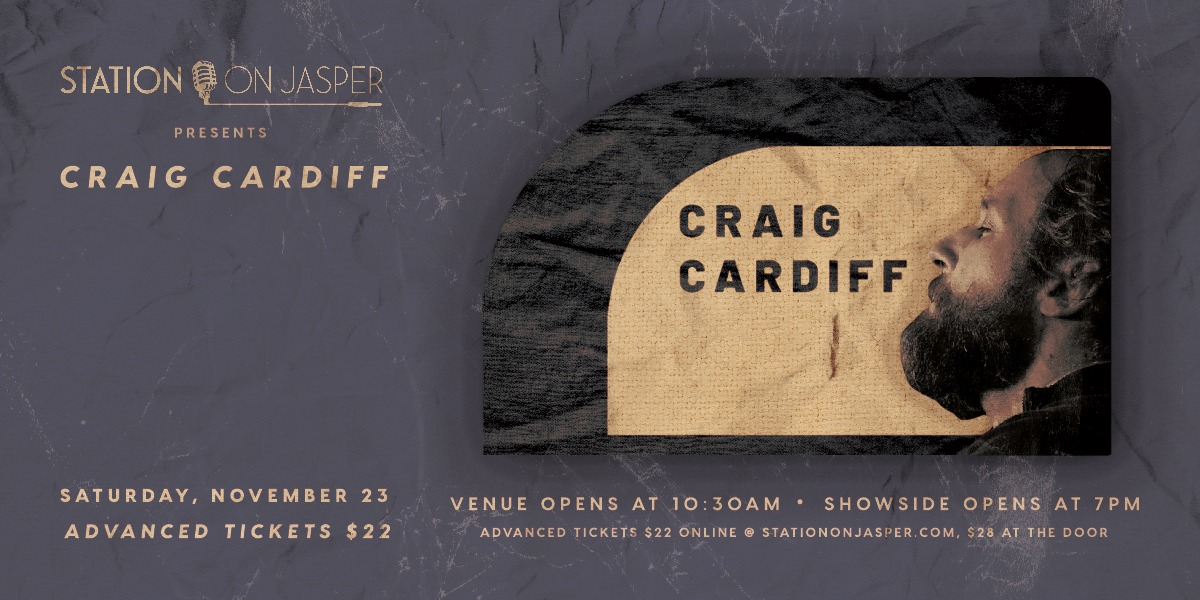 For the past six years, Craig Cardiff has been passing around a Book of Truths during his shows and asking his fans to share something truthful in it — a story, a confession, a hope, a secret. The book gives fans a chance to write down something they might be too afraid to say out loud, and it gives Cardiff an opportunity to connect with the people who come to his shows. Those entries aren’t always easy to read. The stories can be heartbreaking, and they can leave Cardiff wanting to do something, to find the person who wrote in his book and tell them to hold on for tomorrow, that things will be OK.

Cardiff’s newest releases, amongst them the cheekily named ‘Novemberish’, a series of albums and EP’s, have earned him label and management interest from NY-based label Anti-Fragile Music and management group Esther Creatives Tom Sarig.  Since founding Esther Creative Group, Sarig has worked with some of the most exciting musical artists in contemporary history, including Lou Reed, The Gaslight Anthem, Bryan Ferry, CAKE, the Violent Femmes, Miranda Cosgrove, Twin Atlantic, Blonde Redhead, Bebel Gilberto, and Against Me!, among others.

With a voice described as “warm, scratched, sad and sleepy,”Cardiff sings songs that expose the human condition, putting a magnifying glass to the clumsier and less proud moments. He can turn any setting into an intimate affair, infusing his music and lyrics with an uncompromising humanism. Cardiff makes it a point to keep the relationship with his fans personal, inviting and accepting any opportunity to make his audience as much a part of the performance as he is.

Armed with an extensive catalogue of songs, his Book of Truths, sharp wit and soft voice, Cardiff is considered a pioneer in alternate venue touring, often appearing in churches, camps, prisons, basements, festivals, kitchens and even taking to the streets, bringing his fans with him. Over the years, he has played with and opened for artists such as Glen Phillips, Lucy Kaplansky, Dan Bern, Natalia Zukerman, Andy Stochansky, Sarah Harmer, Kathleen Edwards, Blue Rodeo, Gordon Downie (Tragically Hip), Hawksley Workman, Sarah Slean, Skydiggers, 54-40 and more.

When not performing, Cardiff blends humour, honesty and enthusiasm as he offers workshops at schools, camps, festivals and churches throughout North America. He is passionate about encouraging others to be more open and to try new things even if it means making mistakes, and in June 2011, he gave an address called Fear is the Cheapest Room in the House during the inaugural TEDxUWO at the University of Western Ontario.