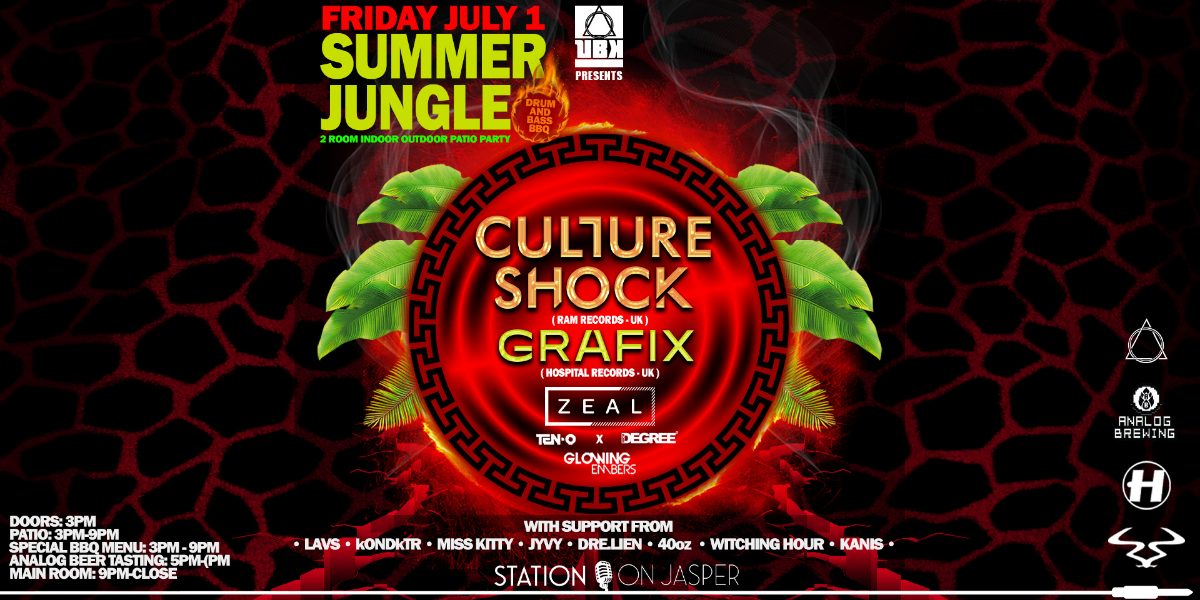 “With Beats1 mogul Zane Lowe already comparing Culture Shock’s music to Pink Floyd’s album ‘Dark Side of the Moon’, his future endeavours are about to lift him to the anticipated next gear of his burgeoning career.”

After being showcased on the 'Vega EP’ released by Moving Shadow (owned by Rob Playford) as well as the signing of his first independent EP to RAM Records, his early potential was widely recognised. As a result, he was exclusively signed to RAM and neither party have looked back since. His soundscapes stretch widely across the dance spectrum clearly demonstrated from underground, driving cut ‘Troglodyte’ to synth laddered, prime-time club record ‘I Remember’. Smashing solo-hits ‘Ohrwurm’ and ‘Vice Chase’ added to the excitement of Culture Shock’s incredibly explosive first few years on the label. Progressively electro, ‘Ohrwurm’ particularly stands as the perfect musical synonym for a melody that implants itself in your aural synapses and was a pivotal track to cement him as the highly regarded producer he is respected as today. Collaborations with some of the scene’s most successful producers added exciting layers to Culture Shock’s repertoire. The Brookes Brothers and Culture Shock’s 2007 release of ‘Rework’, which featured on ‘The Third Stage’ EP, showed everyone how the trio’s similarly smooth textures and highly intricate composition would stand as a turning point in each other’s discographies. James also paired up with the chart-topping, long-standing friend Sub Focus on tracks ‘Move Higher’ (2005) and ‘You Make it Feel Better’ (2013). ‘You Make it Feel Better’ was taken from Sub Focus’ second studio album ‘Torus’, released jointly on Ram Records and Virgin EMI. Whilst pushing his name into the more commercial spotlight, it proved he could still retain his underground credibility, something key to the success of so many electronic artists releasing music today. On top of delivering monumental remixes for the likes of Nero, Netsky, Rita Ora and Seinabo Sey, his momentum continues to grow as an international touring DJ, with visits to Australia, USA, South Africa and multiple European dates in the last 6 months alone. With ‘City Lights’ successor soon to follow, it seems like we are just starting to see what Culture Shock is really capable of.

Bristol based drum & bass producer Grafix, formerly of Fred V & Grafix, has revitalized his solo career exclusively to the iconic Hospital Records, and ready to take drum & bass by the horns. Now after years of success, heʼs taken a new direction embracing identity as a solo artist. Widely respected for his clinical mixdowns and production skills, this sharp musical brain is poised for great things as a solo journey. His influences are drawn from various genres such as Techno, Electro, Dance. With his productions encompass this broad selection they sp emotions and sonic frequencies. Previous support for his music is as tastes, with the likes of leading tastemakers Zane Lowe, Annie Mac, Subficus, Wilkinson, Metrik and Friction all avid supporters of his music. A further nod as an engineer and audio-craftsmen. Grafixʼs new venture will see a darker and more experimental essence dancefloor primed productions and ethereal soundscapes. Expect full power with no holds barred. 2022 has plenty in store for this dynamic young producer starting with the release of his debut LP on Hospital Grafix is showing no signs of stopping!