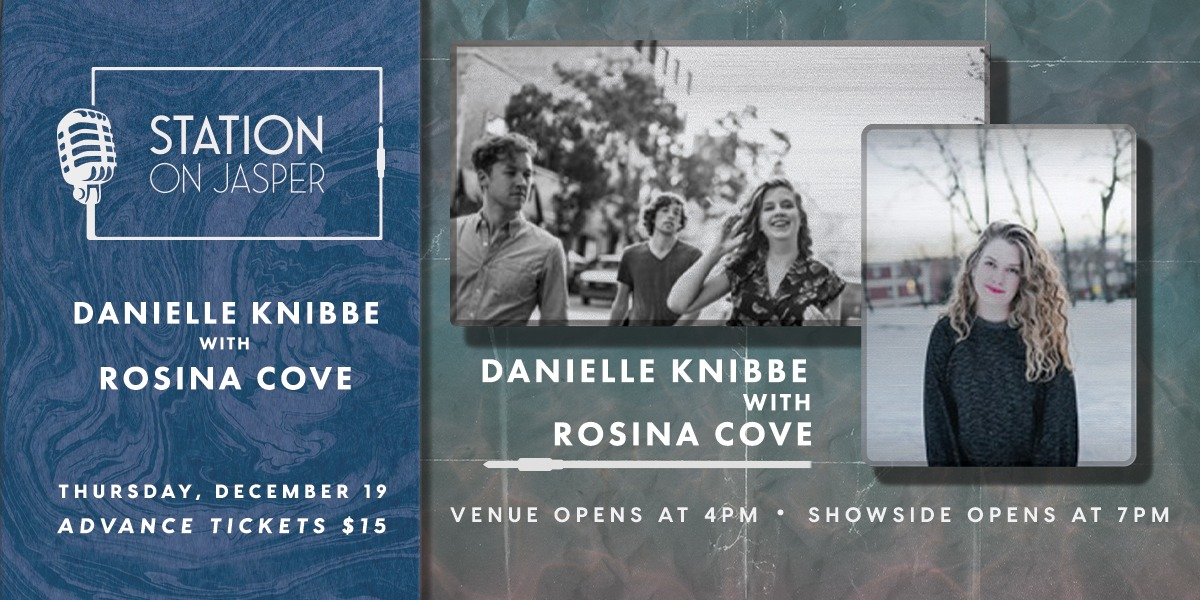 Blending folk, roots, and country sensibilities, Danielle Knibbe's songs win, and then all too often, break your heart. There's an intimacy and familiarity to her music; her stories may not be about you, but you'll think they are.

Tackling topics like mental illness, loss, heartbreak, estrangement, and countless others, Danielle Knibbe has developed a following by being as genuine and open in her songwriting as she is onstage. Her songs invite the listener into what feels like an intimate conversation between friends. Her knack for penning insightful yet straightforward lyrics has already gained her recognition, earning her a spot at the Banff Centre for the Arts inaugural Singer-Songwriter Residency. Although she was one of the youngest songwriters in the program, she was given the nickname “The Lyric Doctor” due to her natural instinct for getting  to the heart of a song.

Her sophomore album The Ribcage & The Heart (Spring 2019) is full of examples of Danielle’s lyrical skill, with three of the songs having been selected for print in American Songwriter’s monthly lyric contest, and others in rotation on CBC, placed on Official Spotify Playlists, and most recently garnering the “Stingray Rising Star Award” at Folk Music Ontario 2019 . This new album, mixed by Howard Bilerman (Arcade Fire, Basia Bulat) and featuring Fats Kaplin (John Prine, Jack White), showcases the depth, insight, passion, and potential of this up-and-coming songwriter.