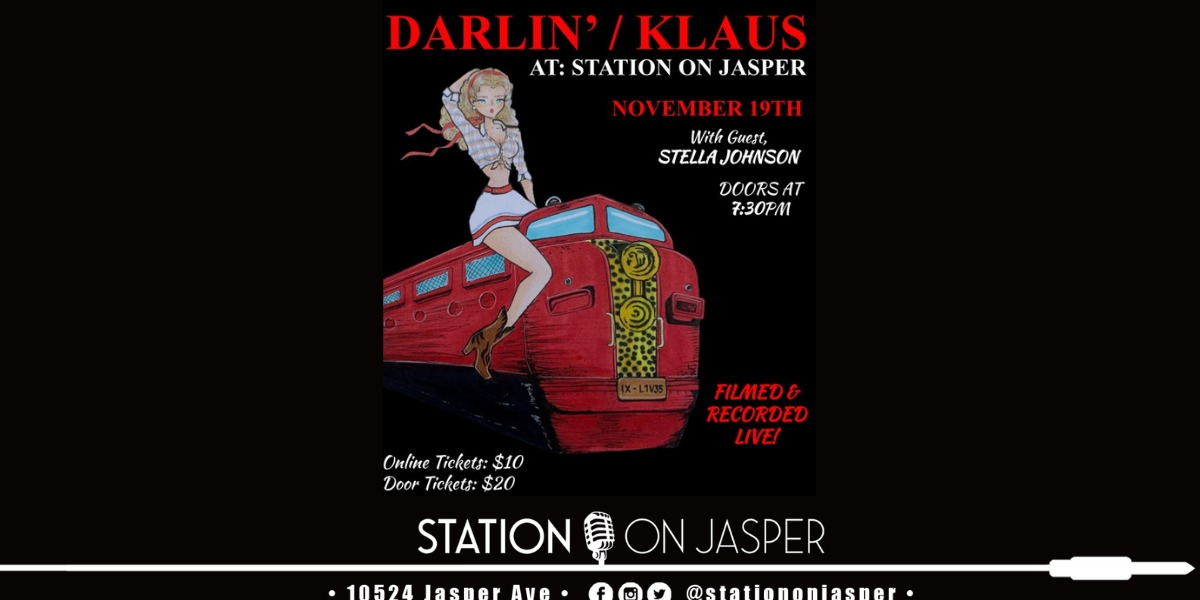 A sound lost and found, with a twist of lemon. A young band from Edmonton. Darlin’ is a memory of a place you have yet to find, however can’t forget. Less naive than a broken record, this three piece band is not a boomerang, re-run or echo of an era, but an encore of originals.

"I just go where the guitar takes me" is a quote by ACDC's Angus Young as well as Logan's Words to Live by.

70’s bass, 80’s guitar, 90’s voice, modern orchestration. So many decades and styles of music go into Logan Klaus’s onstage performance, it's abnormally hard to pin down an exact genre, the only constant being raw high energy and passionate guitar. He's always been known for his striking and enthusiastic stage presence, compelling performance, and nostalgic neo-retro style; in a sense, "Future With a Flavor of the Past".  His powerful voice and multi instrumental ability has earned him first and finalist positions in competitions all around Alberta including talent search (K- Days exposition),The Station on Jasper Talent search (1st place), and Big Valley Jamboree Horizon Stage (2nd place) as well as guest appearances at Festival Place, the Winspear and the Jubilee Auditorium alongside Terrell Edwards. He's also placed 2nd overall in the national Canadian competition “Sing for the shot” with judges Jennifer Beavis and CJ Allen. His instrumental repertoire includes the Guitar, the Piano, Bass, Drums, Harmonica, and the Trumpet, with training in classical as well as mainstream styles of songwriting and performance.

In the words of Rhea March: (Artist development consultant; host and producer, ‘it takes a village’ CJSR 88.5 FM) “With the charisma, chops and commitment of a  young Colin James, Logan Klaus is a bluesy ball of fire with killer songs and superb showmanship. He’s one to watch!” Although not mainstream yet, he's quickly earning the title of hometown hero in Edmonton and the surrounding area. After releasing his latest single “Diggin my own grave” an electric, in your face, hard rock blues tune recorded at royal studio in Edmonton, He’s reached nearly 6k plays on Apple  music and Spotify alone with 3 thousand of those being “Diggin my own grave” alongside his Previous single:  “Wasting time”, a memento upon request of his graduation class in 2019.

“In a Few words; Vibrant, Classic, never ending entertainer! His show is always full of variety, energy and FUN! Can’t Wait to have him back  on our stage!”

“Logan Klaus epitomizes the word musician. His multitude of musical talent is absolutely phenomenal as he brings his energy and skills to the stage”

Every performance is sure to be an experience where nothing is left on the table. He cant guarantee it, but even Marty Mcfly would be satisfied.