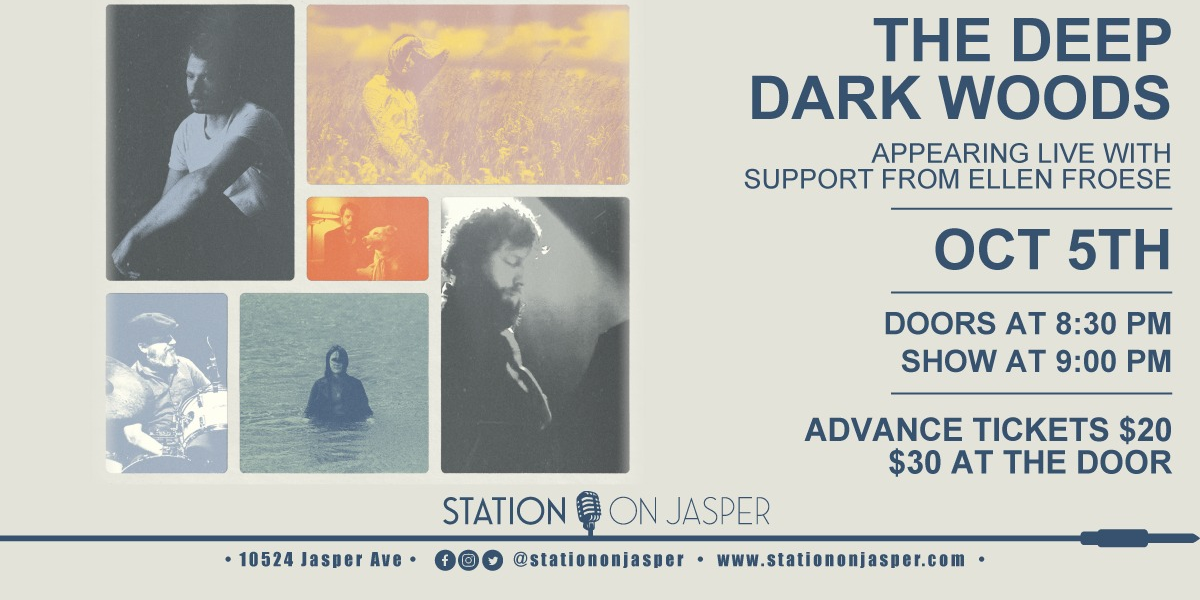 Originally from Saskatchewan and now based on the east coast of Canada, The Deep Dark Woods take up a deep tradition of forlorn storytelling, drawing lines from Celtic folksongs to country blues, John Fahey to Shirley Collins. Lush and devastating, Boldt’s gothic surrealism is stark in detail and full of emotion, a murder balladeer for our time.

Folk singer-songwriter Ellen Froese’s comforting and husky warble gets crowds a lil’ groovy and commands presence on Canadian and international stages. When she sings that she “feels like I’m waiting for you to let loose,” a line from the first track on her 2019 album Fightin’ Words, listeners wonder how they could’ve ever kept her waiting.

Clever and slightly self-deprecating, Ellen’s songs get into the places of your heart that hold both those quieter melancholic feelings and those moments of warm contentment that make you want to dance shoulder to shoulder with whoever is around. Since her days with In With The Old, Ellen has performed in various forms, from solo singer-songwriter, to member of a duo, to being in a full band. Her influences have expanded from traditional bluegrass music to include musicians such as Tia Blake, Gordon Lightfoot, and Buffy Sainte-Marie. Now with three solo albums and one forthcoming, Ellen’s sound has evolved (though she’s never stopped being obsessed with folk music). Her music now adds elements of rock n’ roll, classic country ballads, honky-tonk, and 1970s psychedelic pop grooves while still being grounded in the bluegrass tradition of a working-class relatability.

Despite a love of touring and van life, Saskatchewan is still home to Ellen. She can often be found at one of her favourite venues in Saskatoon, the Broadway Theatre, slinging beers for other artists’ shows. Or sometimes, she moves a little further down the street to play a honky-tonk night, featuring everyone’s favourite country covers, at Amigos Cantina. With a charismatic and charming stage presence, she is quick to bring up others onstage.