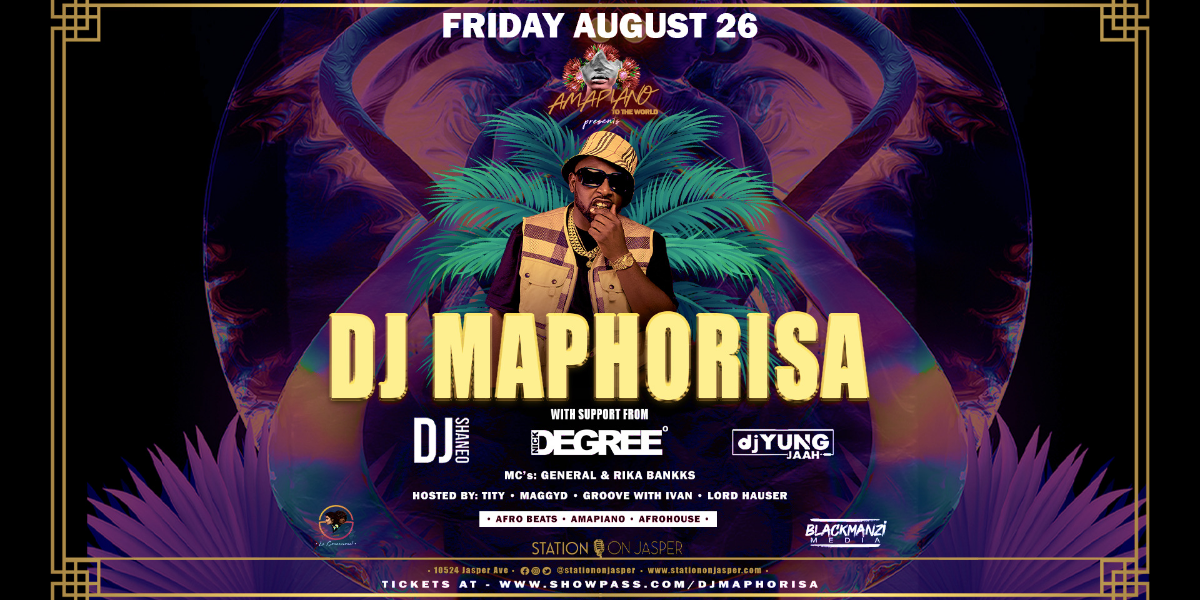 Amapiano To The World presents...

Themba Sekowe - well known in the industry as DJ Maphorisa - is the man behind many of your favourite club bangers and one of the reigning kings of Amapiano.

The multitalented performer/producer was born and bred in Soshanguve, Pretoria and started his career from an early age. The release of the chart topping single “Y-Tjukutja” in 2013 – which was undoubtedly the biggest song in South Africa that year – catapulted his career into the entertainment industry. This proved only to be the beginning. The following year he produced and also featured on Mafikizolo’s Khona, a song which topped many music charts and won several awards in SouthAfrica and beyond including Song of the Year at the 2014 MTV Africa Music Awards. Most recently, DJ Maphorisa’s smash hit Midnight Starring featuring DJ Tira, Busiswa and Moonchild Sanelly has reached the Gold single sales milestone, with the music video on well over 2.6 Million views. The latest single off his GQOM WAVE compilation titled Oncamnce featuring Kwesta, Stilo Magolide and Zingah is following suite, and blazing up the radio charts. DJ Maphorisa also collaborated with American super group Major Lazer on the 2017 African anthem Particula, which topped the charts across 17 countries on the continent. The video has garnered over 22 million views on Youtube. This came after enjoying the great success of 2016 with the major South African hit Ngudby Kwesta ft Cassper Nyovest, as well as his own pan African hit “Soweto Baby” featuring Wizkid and DJ Buckz, which also took the 2016 award for Best Collaboration at the MTV Africa Music Awards. His 2016 EP release saw features from Patoranking, Vanessa Mdee, Yanga, Kly, Smile, Howard, Emtee, Ycee, Maggz & Smashis. DJ Maphorisa in 2019 and again in 2022 makes a massive mark in the music industry with his collaborations with Kabza De Small and releasing their debut amapiano album titled Scorpion Kings, which took and is taking the South African music industry by storm with Amapiano hits such as Amantombazane ft Samthing Soweto & MFR Souls, Vula Vala ft Nokwazi & Vigro deep.

August 26th DJ Maphorisa makes his debut in Edmonton alongside the legendary Amapiano To The World family!

Station On Jasper // Exit Off Jasper