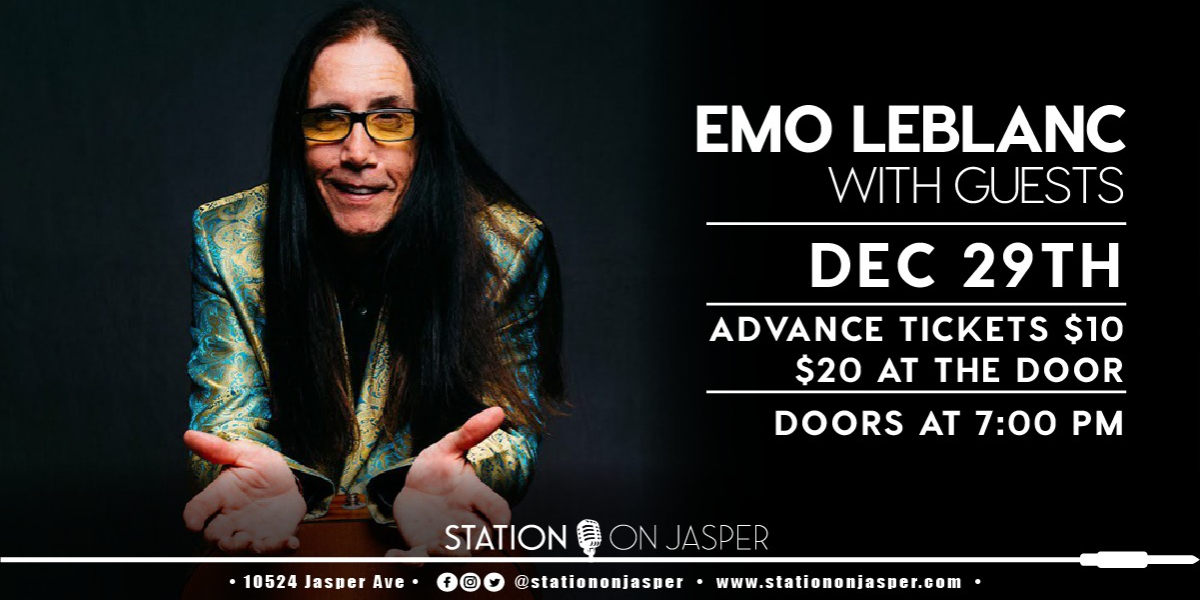 With over 70 singles released, multiple nominations, a finalist for the ISSA Awards (2019, 2020 & 2021), opening for The James Barker Band, appearances on television, radio, and live stages throughout the United States and Canada, recording artist Emo LeBlanc has cemented a reputation for being the perfect entertainer. When he isn’t performing in front of a live crowd or planning his next music project, he can be found appearing as a guest commentator on TMZ Live, training under some of the biggest names in Nashville, and being told he looks like celebrities ranging from Ozzy Osbourne to Arnold Schwarzenegger. Emo LeBlanc has performed in front of over 1 million audience members world-wide.

Born in Fitchburg, Massachusetts and currently living in Edmonton, Emo’s plunge into the world of music came when he was a young boy working a newspaper route to pay for his first guitar. Since then his music has seen national airplay on CBC Music Radio, Country Radio stations across the United States & Europe and he has performed live at venues across North America.

Emo is also well known for taking time to help others. He has appeared on national television in Canada to perform his single “Big Freightliner”, which was written to increase awareness and respect for truck drivers around the world.

Upon discovering that two children in Guatemala were abandoned by their parents, Emo and his wife traveled to the country and spent nearly three weeks assisting in the construction of a new home for them.

“Music consumes me. There isn't a moment that goes by whether it's writing, recording, or performing that I'm not thinking about my music. It's who I am.”