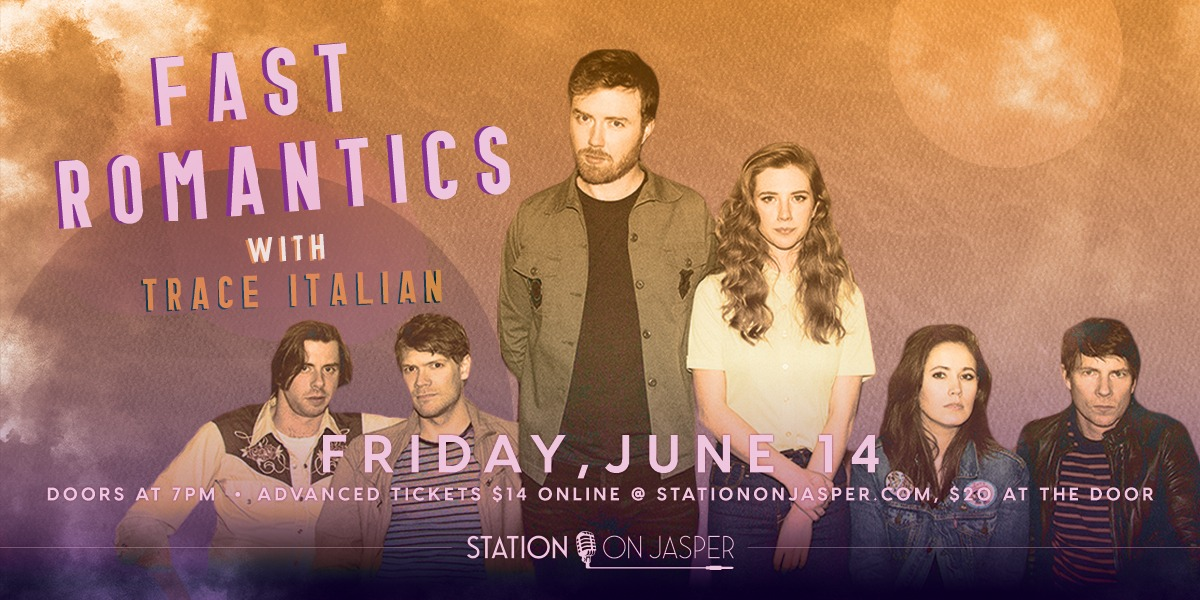 Fast Romantics are a Toronto-based band first formed in Calgary by Matthew Angus and Je rey Lewis. The son of a piano teacher, Angus drifted in the margins of the Calgary music scene before forming the band with Lewis in 2008. Following some early independent releases the band began work on their first LP, Afterlife Blues (2013), shortly after moving to Toronto, with producer Howard Redekopp (New Pornographers, Teagan & Sara). The album was in some sense a process of discovery for the band, as they grew into their sound, encompassing new influences as Angus began to refine his songwriting. The album’s first single, “Funeral Song,” was an early culmination of this process, and rapidly garnered an audience via heavy radio play, propelling the band into a year of consistent touring highlighted by prominent slots at Virgin Fest, SXSW and CMJ.

Despite this early success the band found themselves at a crossroads as they considered their next step, and Angus began to question the band’s direction. “There was a disconnect,” says Angus, “we’d go out and make loud party music but that wasn’t what I was listening to when I got home, so there was a disparity and I wanted to figure it out.” To this end Angus began considering bringing another songwriter into the project and contacted Kirty, who at the time was focused on her own music. “Kirty was one of the first people I wrote to because I was just captivated by what she was doing,” he says, “it’s the first time I’ve ever had another songwriter in the band. I’m still writing these songs but Kirty is the counterweight to the whole thing and she’s going to call bullshit on me. She will tell me when things ring false, when the songs don’t reflect me, and I think now the songs are coming from a more genuine place.”