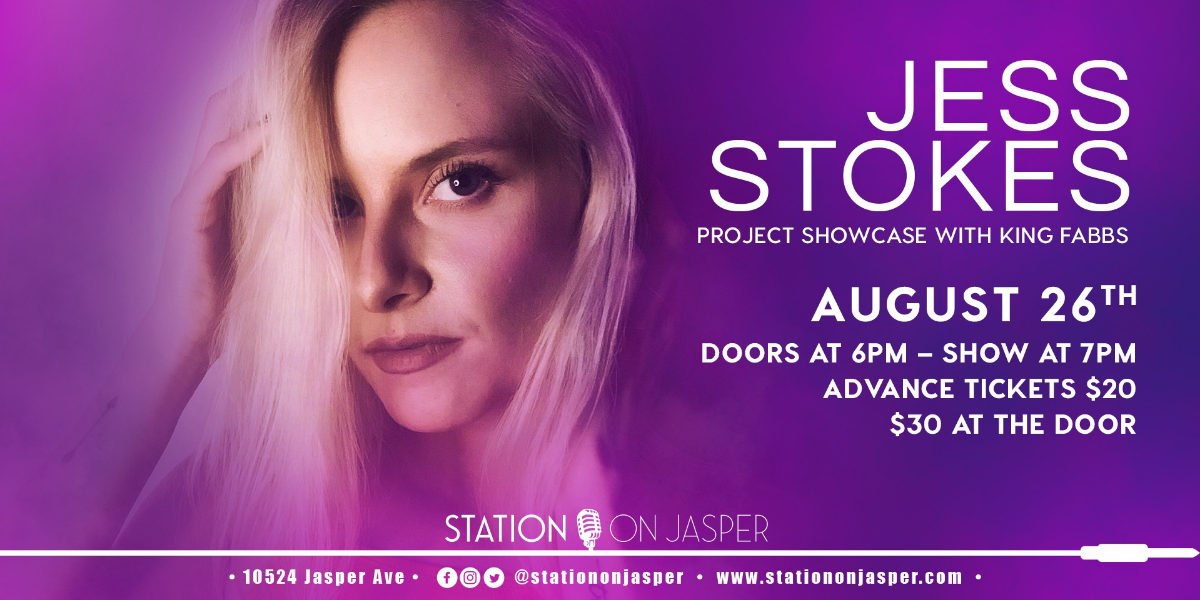 Jess Stokes is an up-and-coming pop artist from Edmonton, Alberta. Her debut single “Only Want Me!” came out in the fall of 2021, and followed up with her debut music video. She released her second single on June 10th to all digital platforms and is working on a music video to follow it up. Her musical style has been influenced by many genres, eras, and styles, particularly 80’s retro pop, modern rnb and electronic music. Jess grew up listening to a wide variety of music and led her to take music lessons which included voice, drums, guitar and piano lessons. Since music has always been a large part of her life, this led her to study further as a vocalist and auditioned for MacEwan University’s Music program and started in 2014. During her time there, in 2015 Jess won a singing competition and the opportunity to sing the national anthem for one of the Edmonton Eskimos home games. This was the start of her performing journey, which led to many performances with cover bands and other artists for a variety of projects.

In 2019, she graduated from her Bachelor of Music in Jazz and Contemporary Popular Music with a major in Vocal Performance. Since graduating, she has been teaching private music lessons in Edmonton, and has been experimenting with her sound as a vocalist and artist in the recording studio. She has been in the studio for the last year working with a producer to release a third single in late summer, 2022, and ultimately towards an album release in 2023. This coming August, Jess Stokes will debut her first live show with her original music at Station on Jasper in downtown Edmonton.

King Fabbs is an up-and-coming, Pop-Punk artist from Calgary, Alberta. While he made his official debut in July of 2021, King Fabbs has been a notable contributor and lover of the music scene in Calgary for years. Influenced by artists like State Champs, All Time Low, Paramore, Marianas Trench and many more, his music resonates with bright melodies, memorable hooks, and anthem-worthy Ivrics. All instruments and vocals are written and performed by King Fabbs, who is assisted by Brennan Kennedy in production. From the studio to your listening devices, his music is dialled in for commercial radio rotation and ready to make an impact on Canadian Pop-Punk.