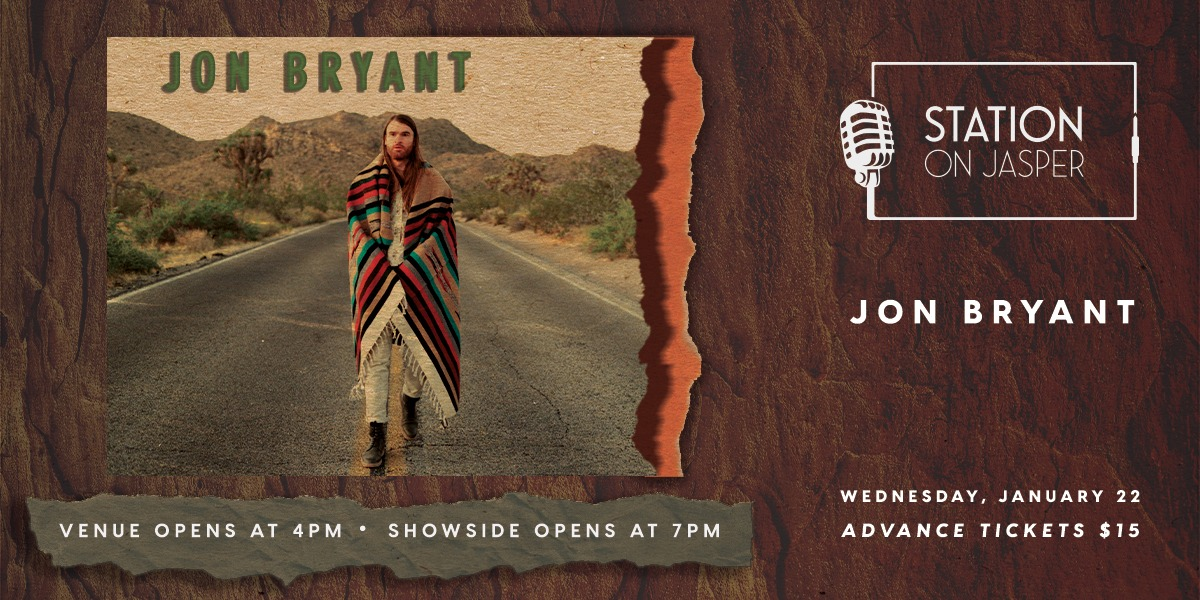 We look for connection everywhere.

It's why we're on our smartphones constantly. It's why we listen to music. It's why we go to church. It's why we get married. It's why we wake up in the morning. No matter how civilized we become, there's an innate inclination towards tribalism. That yearning won't be pacified until it's satiated or satisfied by the embrace of a tribe either.

Halifax-born and Vancouver-based singer, songwriter, and multi-instrumentalist Jon Bryant explores the conundrum of connection on his full-length debut for Nettwerk, Cult Classic.

"Over the past few years I've really become a skeptic. Thanks to social media, politics, religion and news media, etc.," he explains. "Many songs on the album reflect that skepticism and emphasize the ways I've evolved as both a writer and person; spiritually, mentally and emotionally."

The artist's personal path simultaneously twisted and turned in the most unexpected of ways, eventually leading him from Seattle to Vancouver. New in town, Bryant sought connection, so he joined an undisclosed organization at the urging of a close friend who also belonged to this -- we'll call it a "group."

"I had my reservations, but I didn't want to shy away from something that engendered so much excitement," he admits. "I was fascinated because my friend was fascinated. The people were lovely and some of what they were teaching was very useful and tangible. However, as I went deeper, this weird dynamic started happening among my new friends. I was once told that, 'Falling into a belief system is like dying in your sleep, you don't notice when it happens.' After learning details about some very troubling events within the group, I left. Following my departure, my fascination with cults began to percolate. This curiosity influenced my writing and became a framework for the album's concept."

Reclaiming his independence, Bryant penned tunes everywhere from Nova Scotia and Vancouver to Seattle, Los Angeles, and Australia. He also rediscovered formative influences ranging from Jeff Buckley and The Police to Shuggie Otis and Michael McDonald, Massive Attack and The Smiths to Hall & Oates to Chris Isaac.

Retreating to the studio (Afterlife Studios in Vancouver) with producer John Raham for the first time, he set about recording Cult Classic in 2017. This time around, he switched up the process. Rather than compose on guitar, he challenged himself by writing on piano from the start and found childhood inspiration from artists such as Bruce Hornsby, The Doobie Brothers and Steely Dan. By welcoming analog warm synths into the sonic architecture, he explored styles that he had always wanted to as well. As a result, the sound evokes a sweeping and soaring cinematic scope.

He introduces the record with the seventies-style shimmer and lithe guitar of "Paradise." Tiptoeing between ethereal instrumentation and simmering soul, he paints a vivid picture of breaking away from the pack as his falsetto croons, "I don't want to take the road of another." "It's primarily about going your own way," he says. "Instead of following, you leave your safety net, the tribe construct of safety, and chase your passion without being swayed by opinions. At the same time, you do so with the people you love. That's where life makes the most sense."

"Cultivated" snaps from a subtle groove into a synth-driven chant that's impossible to shake. Fittingly, it thematically digs into how a relationship can feel like a cult. Elsewhere, the slow burn of "Ya Ya Ya" thinly veils raw emotionality under a shimmering falsetto, and a rustle of clean guitar spirals towards a heavenly hook on "Did What I Did."

The breathy delivery of "At Home" belies a hypnotic urgency to return to the one we love as the minimalist hum of "Out of the Blue" concludes this rollercoaster with a quiet wish "just to hear the words, 'I love you.'"

Distilling dynamic Motown soul into a dream-folk framework punctuated by grunge spirit, Bryant has diligently refined a singular style since first emerging in 2009. Releasing his debut Two Coasts For Comfort, he made waves when the single "Deaf" was chosen as iTunes "Single of the Week." Throughout 2010, the troubadour hit the road and earned fans across North America and Europe one gig at a time.

As he landed syncs on Degrassi: The Next Generation, Rookie Blue, Scream, Cougar-town, and more, the artist's sophomore outing What Takes You arrived two years later. Most recently, 2016's Twenty Something yielded a string of fan favorites. "Light" clocked over 5.1 million Spotify streams, while "Wilderness" and "Heroine" both surpassed the 1.5 million-mark. Honesty remains a hallmark through and through.

Given Bryant's heartfelt honesty, Cult Classic is worth connecting to in the end.

"When you hear this, I hope you walk away feeling hopeful in knowing that, despite how fucked up this world is, you are absolutely beautiful and complete" he leaves off. "All the joy, love, passion and hope in life is within you, waiting to be unlocked. It sounds cliché to say but the album is proof."