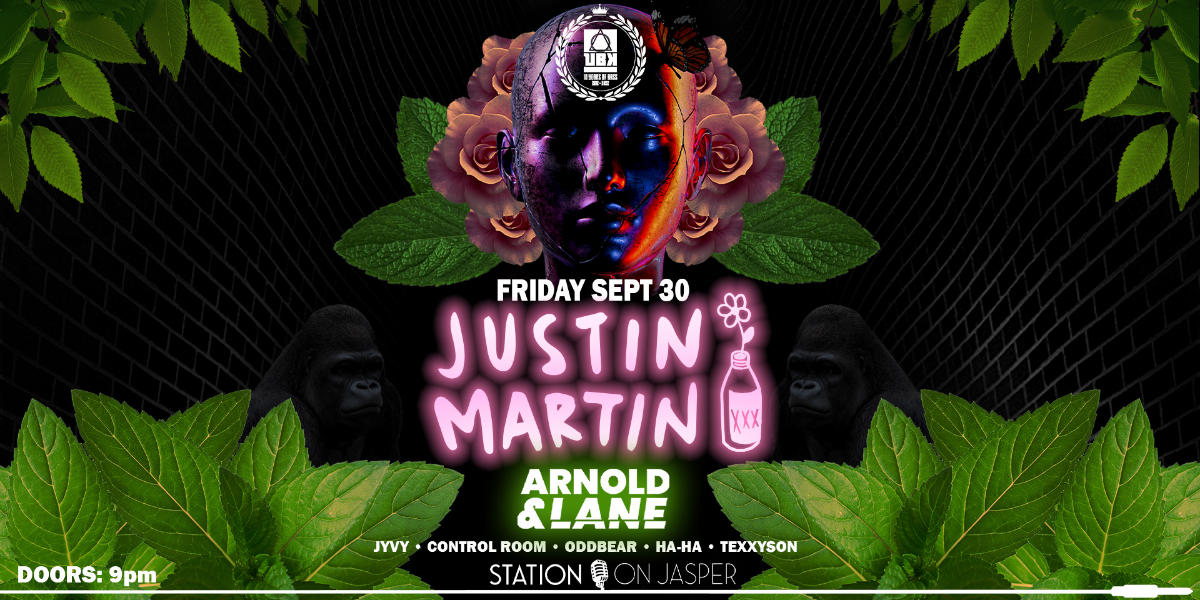 As the late Oscar Wilde once said: “life is too important to be taken seriously”, an ethos that Justin Martin is sticking with despite achieving soaring success over the last six years as a producer and international DJ. Justin initially pricked the ears of the electronic music community in 2003 with his first record ‘The Sad Piano’ on Ben Watt’s Buzzin’ Fly label.

Feeding off the energy of the San Francisco underground, Justin was intrinsically involved with the development of Dirtybird records, appearing on its first four releases. Justin was soon ready to take flight, releasing a string of solo EPs that flaunted a very unique sound and garnered further respect among fellow DJs and heavyweights of the scene.

Music journalists typically describe Justin’s sound as ‘melodic and tough’ with his music encapsulating both melody and emotional depth yet always with enough undeniable ass-shaking properties to translate to the floor.

“I’m always trying to find music for my DJ sets that rattles sound systems, but still has enough melody and interesting texture to expand your mind even if you’re sitting at home on a snowy or rainy day.”

Last year, Justin released his extremely well-received remixes for Rüfüs Du Sol and Ultraísta, as well as a collaborative project with fellow producer Ardalan, which was put out on his brother Christian Martin’s label, Trippy Ass Technologies.

In 2020, Justin launched his new label ‘What To Do…’, kicking things off with his first single ‘Needs’. The label will focus on his distinctive sound and include special collaborative works. With these upcoming releases, there will be no holding back. Justin launched his new project with the intention of diving deeper creatively and pushing the limits of his sound. To everyone who is curious about what’s to come, “expect music with emotional depth combined with raw dancefloor grit.”

Arnold & Lane is a collaborative house music duo based out of Los Angeles, CA. Ever since their 2017 breakout into the scene A&L has solidified themselves as one of the most dynamic and magnetic artists to emerge onto the electronic music scene. A&Lʼs trademark sound and stage presence never has boundaries, pushing the limits of house, tech, breaks, bassline, and booty. The synthesis and creative reboot of all these timeless sounds sets A&L apart from their fellows. Having releases on some of the most prestigious labels, support from the biggest names, and playing nationwide at countless iconic venues – A&L is here to stay.