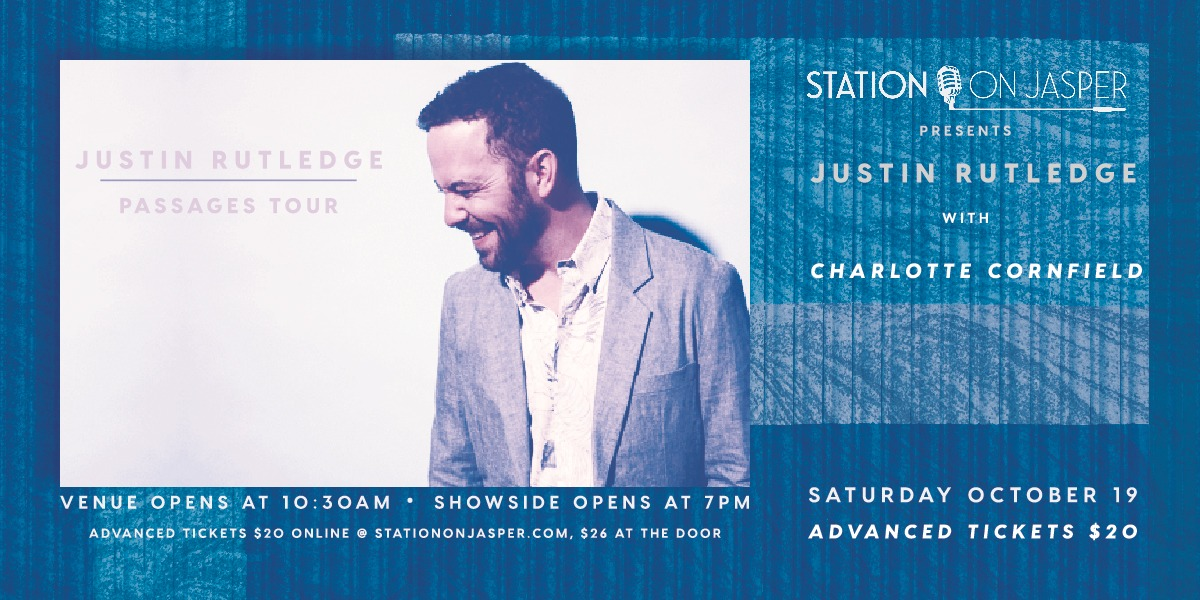 In the Spring of 2019, Justin Rutledge returns with his eighth studio album, Passages.

With a new band by his side, the Juno Award-winner’s subtly well-wrought songs are enveloped in ambient and lilting textures that provide fresh landscapes for Rutledge’s material. One of the key new band members is Rob Baker from the Tragically Hip. Rutledge and Baker forged a friendship through the creation of Rutledge’s 2014 album, Daredevil, a recording that paid tribute to the legendary Canadian band. “It was a real honour to have Rob in the studio with us, both musically and socially,” says Rutledge. “As a musician, he’s quite fearless and very intuitive when it comes to serving the song.” Co-produced by Chris Stringer and recorded in ten days at Union Sound in Toronto, the majority of Passages is recorded live off the floor, with minimal overdubs. “We had my friend Zac Rae [of Death Cab For Cutie] record some guitar and textures at his studio in Los Angeles,” says Rutledge, “but I really wanted to keep as much as we could from the original Toronto takes.” With Passages, Rutledge manages to retain his Americana roots while venturing into exploratory sonic fields. “Country and roots music will always be my first love,” says Rutledge, “but lately I’ve been listening to a lot of ambient instrumental music like Four Tet and Nils Frahm and I wanted to invite that influence into the way the songs on Passages are encircled.”

Thematically, Passages centers on Rutledge’s recent marriage and sojourn in Prince Edward County, an agricultural community on the shores of Lake Ontario. Songs such as Allisonville and Belleville Breakup illustrate small town relationships and hardships. The title track, Passages, is perhaps Rutledge’s most honest love song to date. “Like every other songwriter, I sure have written my share of love songs, but Passages is perhaps the most consistent and clear of them all,” Rutledge says, “I have never been happier.” Some pieces broach darker subjects. Good Man tells the story of one of Rutledge’s relatives, trying his best to outrun his inner demons. One Winter’s Day narrates the painful turmoil of struggling with mental health. Rutledge also revived some older songs for the album: three songs by his LA-based band Early Winters were recorded for the album, as well as Boats, penned by Rutledge and literary giant Michael Ondaatje.

Recently married and with a child on the way, Rutledge christened the album Passages to express his consciousness of shedding one life for another. “Fortunate things are surrounding me, and they are larger than myself,” says Rutledge. “The chapters of my life are becoming more interesting, and I can hear the pages turning when I close my eyes.”