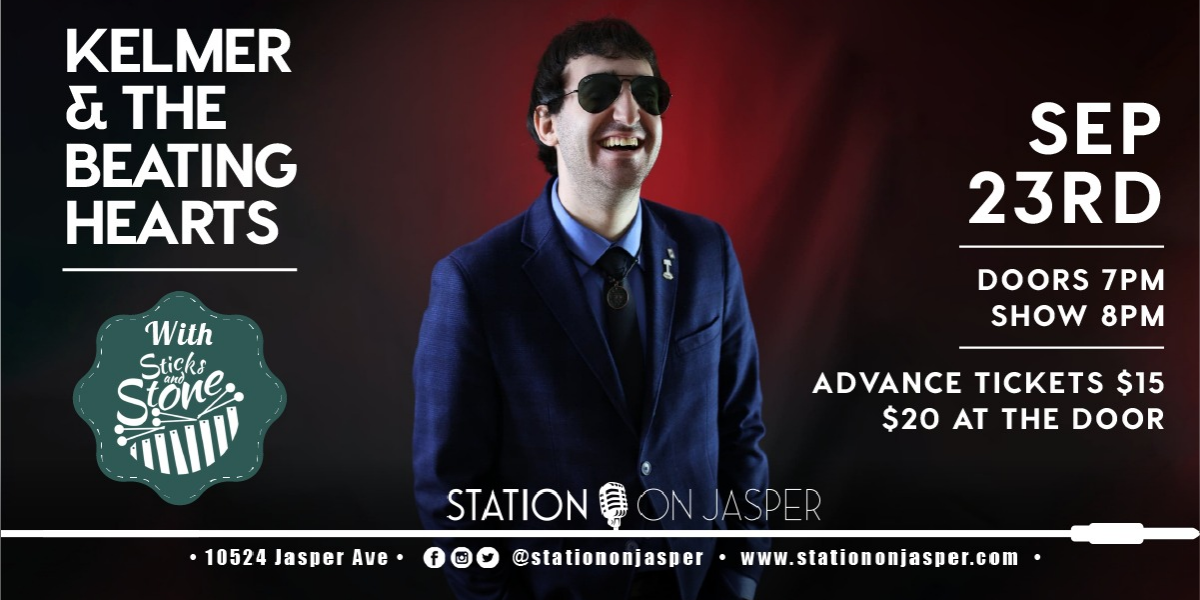 Come on down to The Station on Jasper (10524 Jasper Ave) Fri 23 Sept and witness an amazing show from both Sticks and Stone followed by Kelmer And The Beating Hearts! Doors 7pm, show 8-1030pm. It's going to be a night you will not want to miss! There will be lots of audience participation, laughs, a boatful of energy and of course cheesy lines!

Sticks and Stone has had so much success over these many years consistently wowing so many people with their wonderful stage presence and fun jokes on stage! They cover music from Video Games to Queen, Movie Soundtracks and much more. Their energy on stage and well-known covers are bound to get you dancing.

Kelmer And The Beating Hearts is an upcoming band based in Edmonton, Alberta! The unique thing that Kelmer decided to bring with his friends is creating a show concept idea that draws a lot of influence from Ringo Starr And The All Starr Band idea where he doesn't just play his own original music -- he introduces his band members to play their own originals too! "It's about working together and celebrating each other and spreading love and peace. Love Is a Way of Living to you all" says Kelmer. Expect there to be Ringo Starr Solo material and many other surprises!

and Kelmer on Drums, Percussion and lead Vocals.
can't wait to see you all there!

Love Is a Way of Living