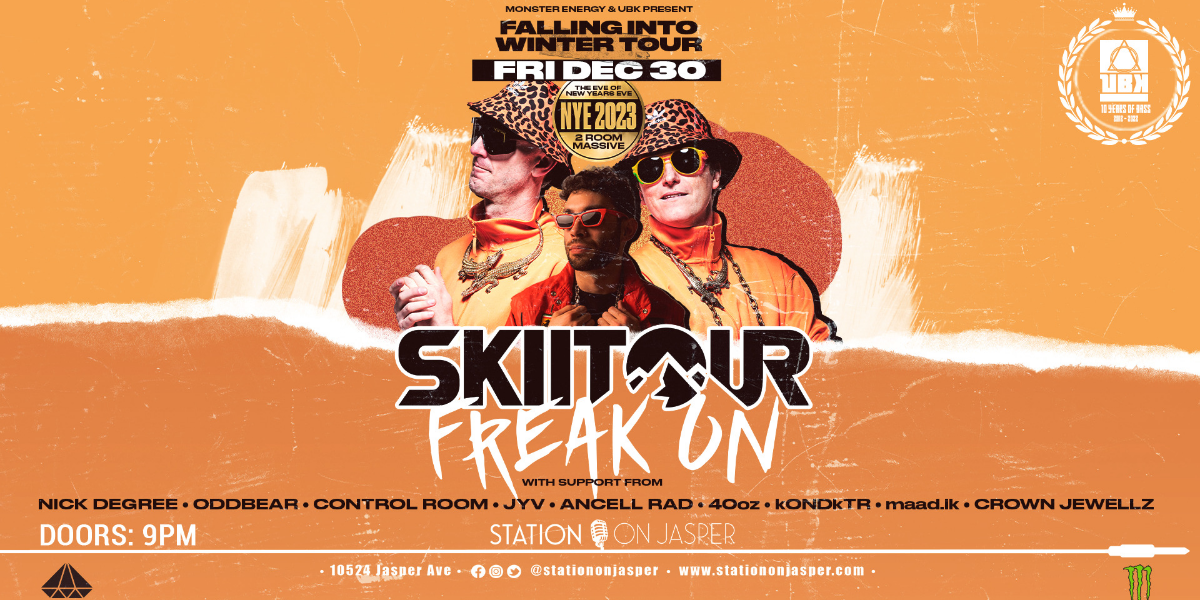 A fun-loving DJ/production duo from Whistler, Canada are known for their upbeat “feel-good house music that keeps the vibe groovy” (DJ Mag) as well as channelling a retro ski aesthetic.  Their annual high-energy après ski parties at Shambhala Music Festival have become legendary and their tracks have been supported by Diplo, Anna Lunoe, Zedd, David Guetta, Afojack,  Steve Aoki, JAUZ, Martin Garrix, Martin Solveig, and more. SkiiTour has accumulated over 6 million plays through streaming platforms and has made Mixmag & DJ Mag’s “Track of the Month” multiple times.  On top of their steady output of productions, they maintain a global touring schedule of 80+ shows per year, including festivals like Shambhala, Burning Man, Chasing Summer, Bass Coast, Snowbombing Canada and many more. The lockdown didn’t slow them down at all.  They performed numerous live streams for some of the biggest house music channels  (Dirtybird, SpaceYacht, ShambhalaMusicFestival, itsGOODTV, Subsetgetsit, TheFunkHunters) and recently were awarded the coveted Twitch Partner. title.  They also released the downtempo “Too Hot Too Cold feat FRASE” which because a Spotify Editorial playlist darling and warranted a remix package.   2021 is shaping up to be a big year with releases on Box Of Cat & Space Yacht already in the bag. SkiiTour started 2019 with a bang, holding onto the #1 song on Beatport Electro House charts with ‘Redlight’ for 5 straight weeks.  This collaboration with Marten Hørger became a festival staple worldwide. SkiiTour’s collaboration with SmallTown DJs & Dances With White Girls “Bad Behaviour” premiered on Diplo & Friends (BBC Radio 1) and charted on Beatport after being released by A-Trak’s Fool’s Gold Records. The summer of 2019 SkiiTour released their underground hit “Blue Caboose” on DND Records which spent 3 months on Beatport’s Future House charts and became a house anthem for Western Canada. SkiiTour has recently signed a multi-year endorsement deal with Monster Energy and was nominated for Electronic & Dance Artist Of The Year at the 2020 BreakOut West Awards.

Where FREAK ON goes, the party follows. The LA-based producer and Portland native has quickly made a name for himself through his distinct take on driving, tech house originals mixed with his unique original vocal hooks. Blending an assortment of dance and hip hop influences into his unmistakable style, FREAK ON dares to be different and leads the way to the nearest function with his instinctual groove. Dedicated to his craft, FREAK ON has played some of the biggest festivals in North America including EDC Las Vegas, Nocturnal Wonderland, and CRSSD's new imprint DAY.MVS to name a few. With over 200k monthly listeners on Spotify alone, FREAK ON has releases on some of the hottest labels in the house music including Thrive, Solotoko, Ultra Records, This Ain't Bristol, Techne, Sink or Swim, House Call Records, and many others, making him a name to keep an eye on for 2022 and beyond.

with 2 rooms of support from

More at the door!