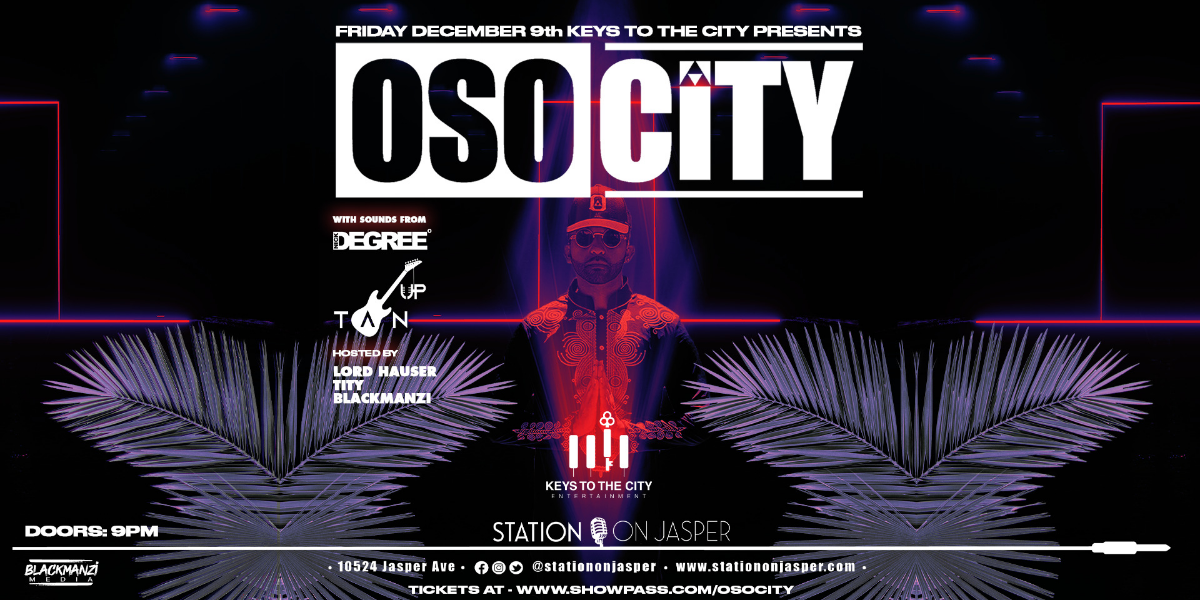 KEYS TO THE CITY presents...

OSOCITY is the new Mr. world wide with talent that has taken him international. DJ’ing in countries such as Israel, France, Dubai, Luxembourge, England, Dominican Republic, Haiti, Saint Maarten and America. OSOCITY has wide variety of musical selection and loves to blend genres. Growing up in South Florida OSOCITY was influenced by many different cultures which influenced his style of DJ’ing, genres of music that he’s highly known for are Amapiano, Afrobeat, Afro House, Gengeton, Moombahton, Dancehall, Reggae, Brazilian Funk, Soca & Reggaeton, Kompa, Raboday, and many more. When on stage OSOCITY Displays a energy like something you never felt before, he does more than just play music, he performs, the way he controls the crowd with DJ’ing and MC skills is breathtaking, people truly gravitate to him and have the time of their lives. Furthermore, OSOCITY has an amazing international fan base and has a presence that is felt worldwide. In addition, OSOCITY is packed with tremendous experience, he is a DJ on iHEART Radio and has DJ’d at many great events such as Okeechobee Festival, Trap Circus Festival, UWF Festival, Miami Wet Fete Festival and many more, OSOCITY has also DJ’d for celebrities such Asap Rocky, Kodak Black, Rick Ross, Waka Flocka, Teyana Taylor, Makonnen & Trina just to name a few. In Conclusion OSOCITY DJ’s for the people, there is nothing more important to him than taking people on a musical journey & spreading great positive vibes into the universe. Every performance every show, every interaction with another soul his goal is to make it a memorable moment that will last a lifetime.