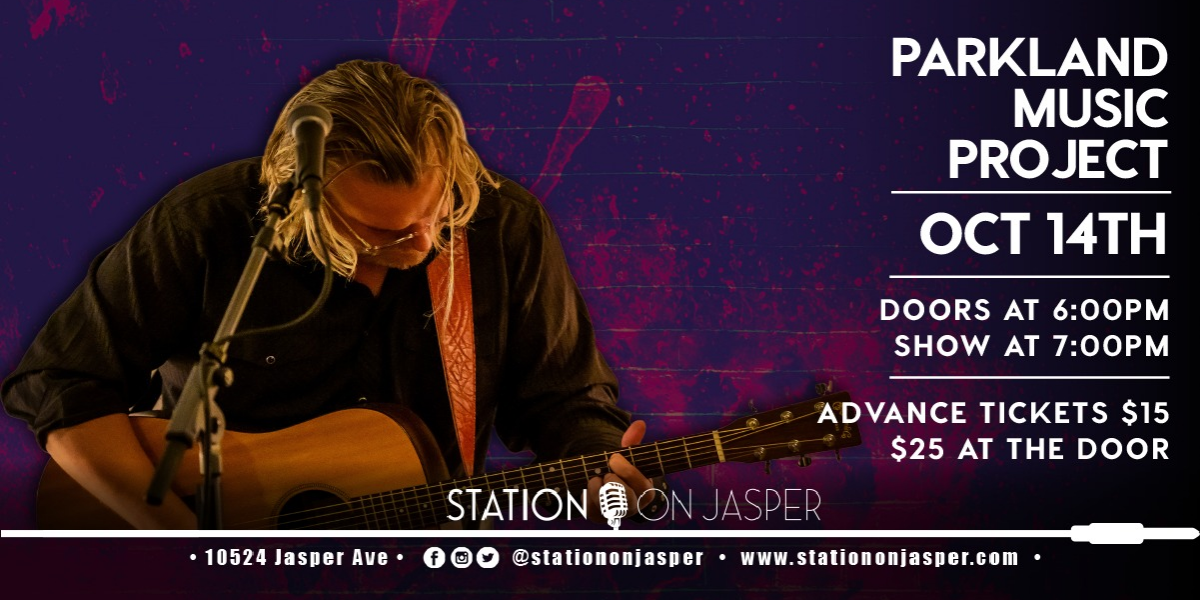 His current musical vehicle formed in 2015, Parkland Music Project is an ever-shifting cast of some of Vancouver’s leading roots and avant-garde players.  In its brief, productive existence Parkland Music Project has released eight albums as well as a documentary film on the group’s synthesis of indie/alt-country songwriting and expansive improvisation titled ‘Bleeding Daylight’ was released in the fall 2018.

After a beautiful performance with the Calgary Folk Fest as part of their Blockheater event in 2021, followed by a string of shows in Europe and Western Canada in the fall of that same year, at present Parkland Music Project is touring in support of the latest VINYL release “Sécurité" (2022).

“Unmistakably sincere, with an emotional intensity reminiscent of Jason Molina” (Americana UK), Vancouver’s Parkland Music Project views alt-country roots through a kaleidoscope of textural improvisation, psych-rock energy, and thrillingly open-ended, uncommonly dynamic song structures.  Led by singer-songwriter Rob Malowany, the shifting cast of players is given complete freedom to continually reimagine songs; tempo, tone, intensity: everything is up for on-the-fly interpretation by the ensemble. In response, Malowany morphs and bends his stripped-bare lyrics and emotive guitar work to make each performance a unique, unrepeatable experience.  From wildly bombastic to pin-drop intimate, Parkland Music Project’s far-ranging sound “lends itself to both the breaking dawn or the darkening night” (The Vancouver Sun).