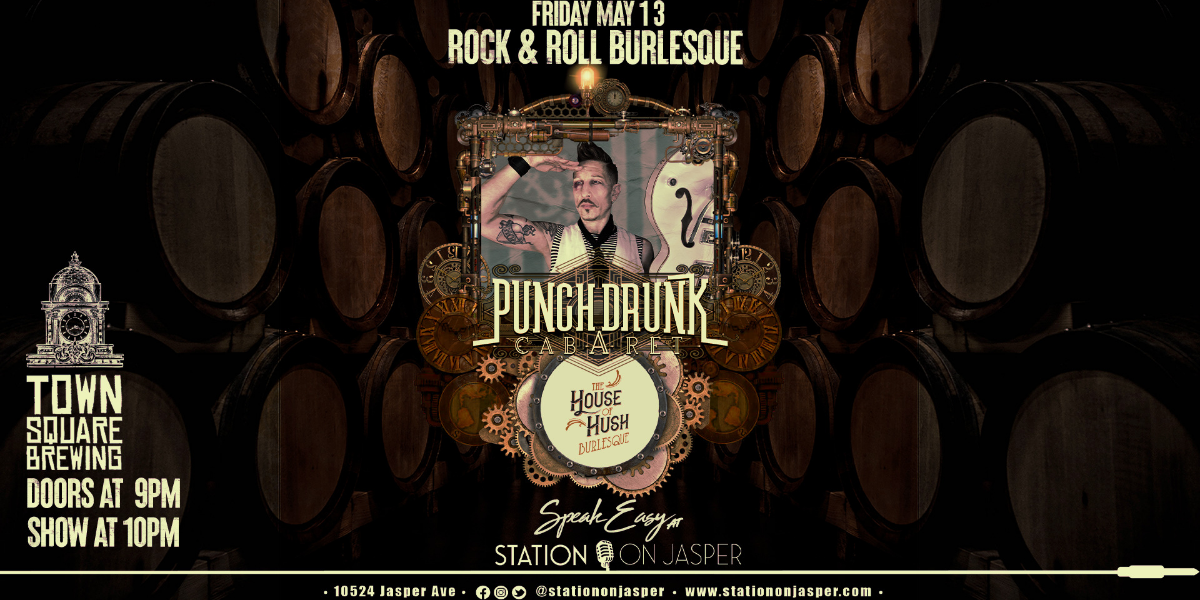 As if surviving a two-year pandemic wasn’t difficult enough, long-time drummer, Sean Watts left the band in January to pursue other interests. With the loss of Watts’ one-of-a-kind performance style, the band had clearly reached the end of an era.  Despite the heaviness of the situation, the choice was simple; change or die.         And for a number of weeks, the end of Punch Drunk Cabaret was a very real possibility.

The turning point was Randal rediscovering an mp3  of a long-lost remix his friend and former Screwtape Lewis bandmate, Rob "Robot" Ducharme had done years earlier. "The way Robot's remix imagined new possibilities of the Punch Drunk sound got me to thinking about how we could actually evolve beyond a three piece band". With that, talks began about the completely unexpected notion of having Ducharme become the fourth member of PDC, providing keyboards, percussion and background vocals. Don’t expect tinkling piano parts as Ducharme is much more a disciple of electro-industrial rockers, Rammstein than Jerry Lee Lewis, adding an epic and, at times, cinematic element to the sound. In short, Punch Drunk Cabaret has never sounded bigger. Taking over the drum seat is veteran drummer, Greg Pretty whose work with seminal Edmonton bands such as Darkroom, Cheatin' & Hurtin' and Feeding Like Butterflies is known internationally. "Anyone familiar with those three bands knows that Greg's resume makes him the ideal candidate for the demands of the Punch Drunk Cabaret set list ". Last but not least, Twotone Teddy Roy continues to provide his stylish fashion-sense and thunderous bass playing to the PDC brand. Expect new music, new live dates, and an exciting new energy.

A unique blend of theatrical live entertainment brings you everything from glamorous burlesque, to comedic theatrics, to the wild opulence of the golden age of jazz. If you're craving glittery costumes, glamour, wild abandon and gin-soaked revelry, you've come to the right place! Our high caliber roster of performers bring years of performance, hosting, dance and theatre training—not to mention stunning, one-of-a-kind themed costumes—to every event.