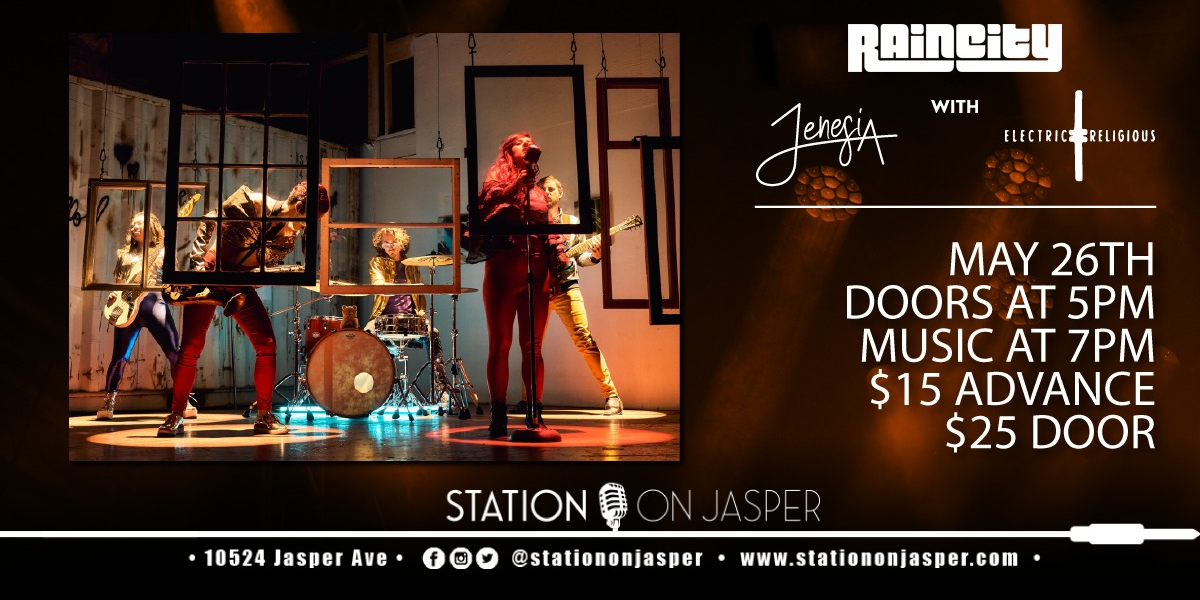 Raincity is a Vancouver-based Rage-Funk band fronted by female leads on saxophone and vocals. The five members of Raincity combine their eclectic influences including Moon Hooch, Amy Winehouse, Queen, and Rage Against the Machine. Their live shows are unique, explosive, and a platform to share their values of feminism, empowerment, and freedom of expression. They have performed over 300 shows since their inception opening for acts such as Our Lady Peace, Bif Naked, and Five Alarm Funk on stages such as the Commodore Ballroom and The Bill Reid Amphitheater.

Raincity first came together as a jazz trio in 2016, known as ‘Raincity Blue’. During their career Raincity has performed at a number of festivals including Rifflandia, Canadian Music Week, the TD Vancouver International Jazz Festival, and Bellingham Downtown Sounds where they opened for Grammy award-winning Rebirth Brass Band. They were the winners of The Roxy Launch Project, the Rock the Mic competition, Music Heals Covers for a Cause, and Live Acts Best in Vancouver Contest throughout 2018 and 2019. Raincity is thankful to be supported by FACTOR and Creative BC.

In 2020 they were one of five regional finalists in the Jim Beam/CMW National Talent Search. Throughout 2020/2021 they performed at virtual and outdoor festivals including Mission Folk Festival, Vancouver Island Music Festival, Surrey Canada Festival, and Pride Festival. This indie band is constantly evolving and upgrading their wide ranging skills including audio engineering, videography, photography, grant writing, animation, and graphic design. Their newest album “A Proper Latte” came out in April 2022 followed by a Canadian tour in May, and June.

Electric Religious is the project of Métis singer-songwriter, Brandon Baker, whose guitar-driven music has been described as “bursting with inspiration, insight, and hope.” Deeply influenced by the psychedelic sounds of Jimi Hendrix, Baker took his moniker from a Hendrix quote: “When I get up on stage, that’s my whole life. That’s my religion. My music is electric church music. I am electric religion.”

A virtuosic guitar player whose live performances are undeniably impressive, Baker has performed for audiences as large as 50,000 during the opening ceremonies for Red Bull Crashed Ice in Edmonton, which was broadcast to over 1.7 million viewers. Other accolades for Electric Religious include an “Artist to Watch'' nomination at the Edmonton Music Awards (2015), and a nomination for Aboriginal Artist of the Year in Baker’s home province of Saskatchewan (2009).