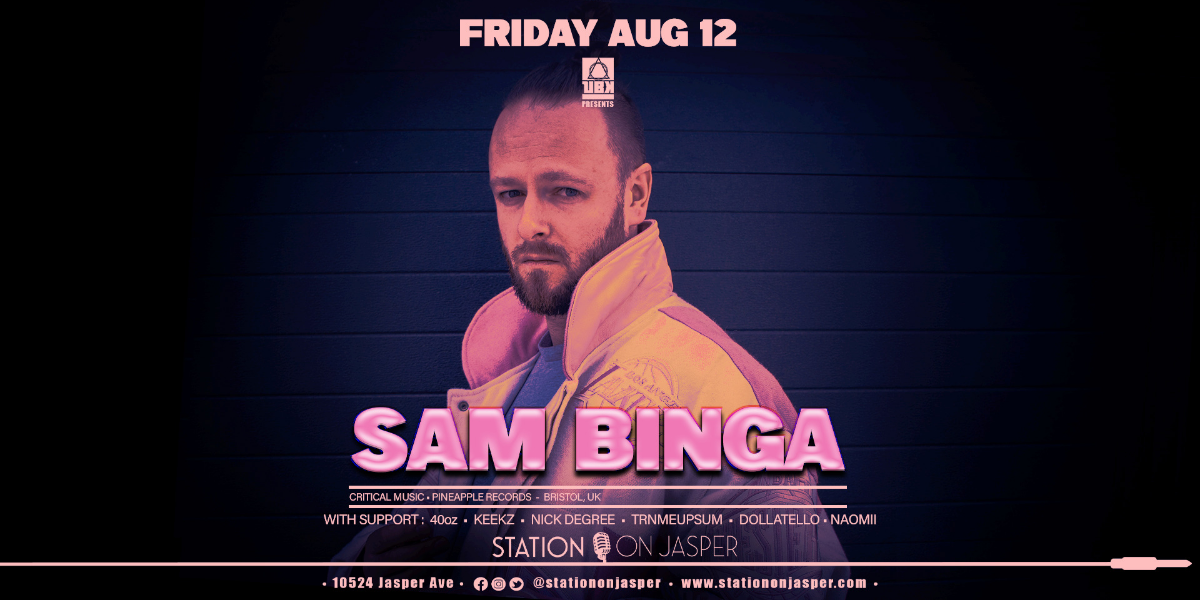 Since the project's 2013 debut, the Bristol linchpin has consistently drawn a line between forward-thinking club sounds from around the world while infusing them with a classic UK soundsystem sensibility and a unique personality which can only be described as his. From the bump’n’flex of Garage to the intensity of Jungle, the Afro-Caribbean influences of UK Funky to the percussive energy of Grime and Footwork – Binga's channelling of worldwide influences has resulted in some of underground dance music's most innovative music of recent years, with ripple effects felt worldwide. Along with frequent collaborators Fracture and Om Unit, Sam was part of the first wave of UK artists to take the rawness of Chicago's 160bpm pulse and mix it with elements of classic Jungle to create a cross-genre, cross-continent cultural conversation that is still making waves today. At the same time, early experimentations with Redders spawned 'AYO' and 'Lef Dem', epitomizing the 'halftime' sound which became a movement that brought a whole new sound to one of dance music’s most enduring forms - drum & bass. Wasted Days, his standout 2015 debut, continued this journey, weaving Grime vocals and production seamlessly into his work and reaching out across the globe to feature vocal talent from Baltimore’s TT The Artist and Jamaica’s Warrior Queen, while his work with Rider Shafique has charted new links between classic Dancehall and cutting-edge club music. The pandemic put a temporary hold on a global DJ schedule that has taken him from Argentina to China, from America to India, and beyond - but the enforced time off the road was not wasted. Locking himself in the studio, the past 18 months have seen his very own label ‘Pineapple’ grow into an essential stop for those DJs and listeners who appreciate multi-genre, tempo-fluid productions underpinned by a focus on fresh vocal energy and tough percussive workouts. Check the Pineapple x Keep Hush showcase to see exactly why the label, and its approach to dance music, is building hype amongst those that know. For Pineapple, and for Binga himself, the sound is local, the perspective is global.