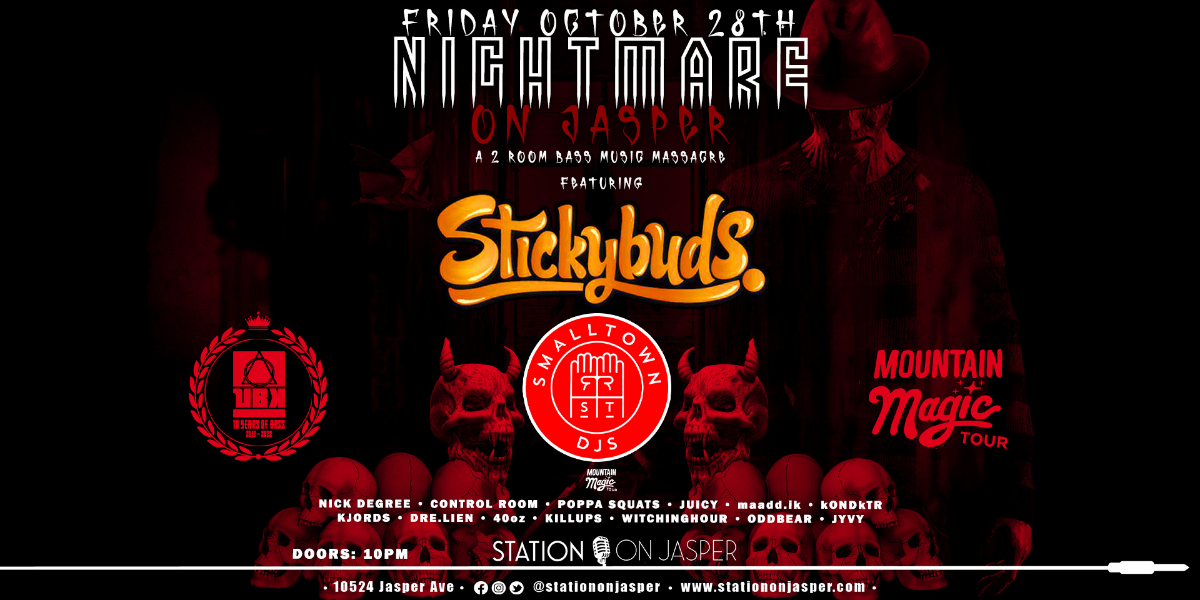 • A Nightmare On Jasper •

From the funky depths of the Canadian West, Stickybuds has been touring the world and releasing exceptional music for over a decade. Renowned for his skills on both the turntables and in the studio, Tyler Martens has become one of Western Canada's finest exports, performing live in over 25 countries and growing, including appearances at acclaimed festivals such as Burning Man, Shambhala, Envision, “We Love Space" Ibiza, Boomtown, and Glastonbury.

The Smalltown sound is fun bass-heavy house music, combining the spirit of Canada's outdoor electronic music festivals such as Shambhala & Bass Coast, with the sound they cultivated at the legendary Hifi Club in Calgary (which they own and operate). The boys have released music most recently on various labels including Fool's Gold, Box of Cat's, Perfect Driver, Sweat It Out! and more. They have played shows across the globe from the Mad Decent Block and Boat Parties, to Fabric in London & U-Hall in DC, and Bestival in Toronto. With highlights that include appearances on Diplo & Claude Vonstroke's radio shows, a one-year stint in Las Vegas, the yearly Mountain Magic Tour with Christian Martin (of Dirtybird) and friends, and their collaboration with Shad & Wax Romeo "Boom Ha" being featured in the HBO show "Girls". In 2022 they have new music on Night Bass and Fools Gold on the way!,