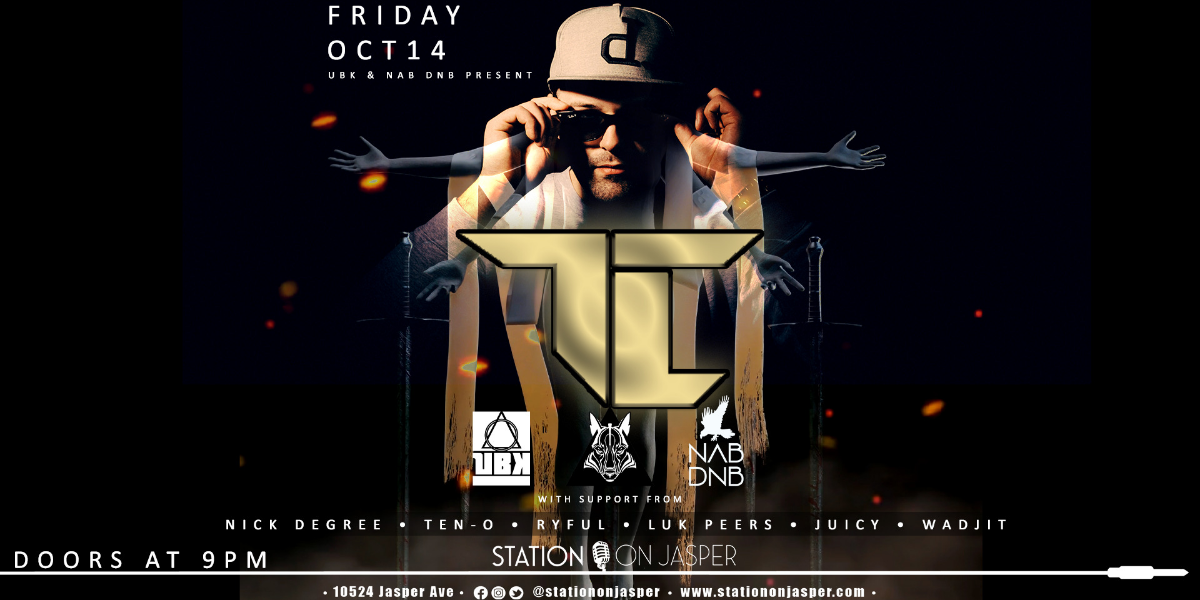 TC, otherwise known as Tom Casswell is a producer, DJ and singer hailing from Bristol, UK. Having taken inspiration from the rich culture in his city he began writing music at 16, landing a release on D-Style Recordings with his debut LP ‘Evolution’ that featured two of his classics, ‘Deep’ ft. MC Jakes and ‘Jump.’ Appearing on Pendulum’s ‘Hold Your Colour’ as a vocalist in 2005, he later went on to sing on Sub Focus ‘Follow The Light’ and his later collaboration with Culture Shock ‘You Make It Better’, was included on the former’s ‘Torus’ album. TC has also developed a name for himself via his infectious bootlegs, dropping hugely popular remixes of the likes of Duke Dumont, Disclosure, Julio Bashmore and Pharrell Williams. 2013 saw the release of ‘Get Down Low’ on Skrillex’s OWSLA, whilst the following year saw ‘Everything For A Reason’ snapped up by 3beat and ‘Make You Bounce’ with DJ Fresh hit Number 10 in the UK Singles Chart. Having rounded off 2014 with an impressive free download package titled ‘The Countdown’, January 2015 saw TC and Wilkinson’s club ready ‘Hit The Floor’ land through Ram Records. In 2016, TC released his sophomore studio album entitled ‘Unleash The Wolves.’ The album is described by Red Bull as one to “move the scene forwards” and UKF as one that covers “drum & bass’s ever-developing range”. Expertly combining slick production with innovative ideas, TC will continue to capture charts, hearts and dance floors across the world.