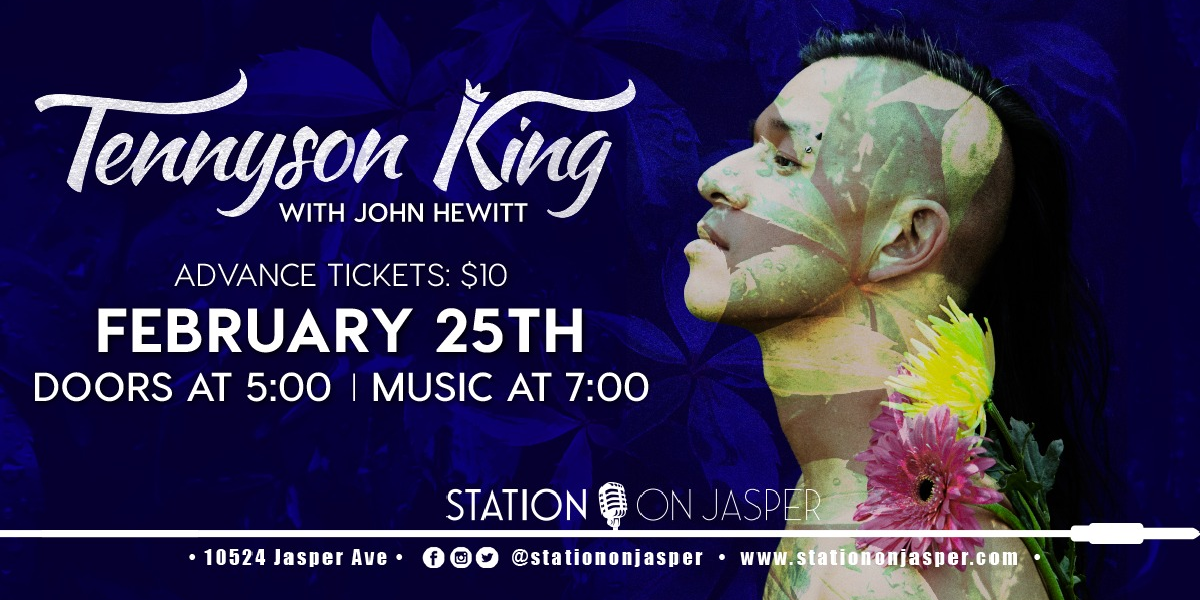 The international touring act, Tennyson King, is rapidly gathering fans all over the world. Born in Hong Kong, raised in Canada, this nomadic musician brings a jovial personality to the stage.  He often appears solo in great halls to small intimate theatres stunning the crowd with stories of adventure and travels while strumming electrifying guitar sounds paired with silky vocal lines. Bring in the band on the big festival stage, they create a huge sound surely to get everyone moving. Rock and roll infused with earthy roots and blues subtly laced in psychedelic ear candy.

Over the past two-years, Tennyson has been living his passion of travelling and sharing his music with different cultures all over. He’s driven from the bustling city of Toronto to the mountains of British Columbia in Canada, along the coast from Tasmania up to Darwin in Australia, and taking bullet trains through the vastness of China.  Between back packing trips in South East Asia, Tennyson has played in Thailand and Vietnam with performances at the famous Shambala In your Heart Festival.

If you’re looking for the place where your soul can be wild and your heavy-heart assuaged, follow the sound of Tennyson’s crisp, round voice, as he plucks an electric chord and hammers out a beat on the kick-drum. Tennyson is a true indie folk rock nomad.

John Hewitt was born the day Tom Petty's "Wildflowers" was left within his grasp. Learning the best of songwriting from his musical heroes ranging from Dylan, Petty, The Doors, the Grateful Dead and others he has maintained a prolific repertoire through the years.

Born in Northern Ontario, spending a few years in Toronto before making Edmonton, Alberta his home. Since arriving in the capitol of the Wild Rose Province he began performing with local bands, filling in at jams and building his band as an outlet for his original music.
The New Americans released their debut album just in time for a worldwide pandemic to come by and stop the group dead in their tracks, however this did not stop John or the band from creating more content. Working full time he began producing and engineering his own music, releasing an EP and 2 non album singles, four music videos and a skit show performed on Facebook Live.