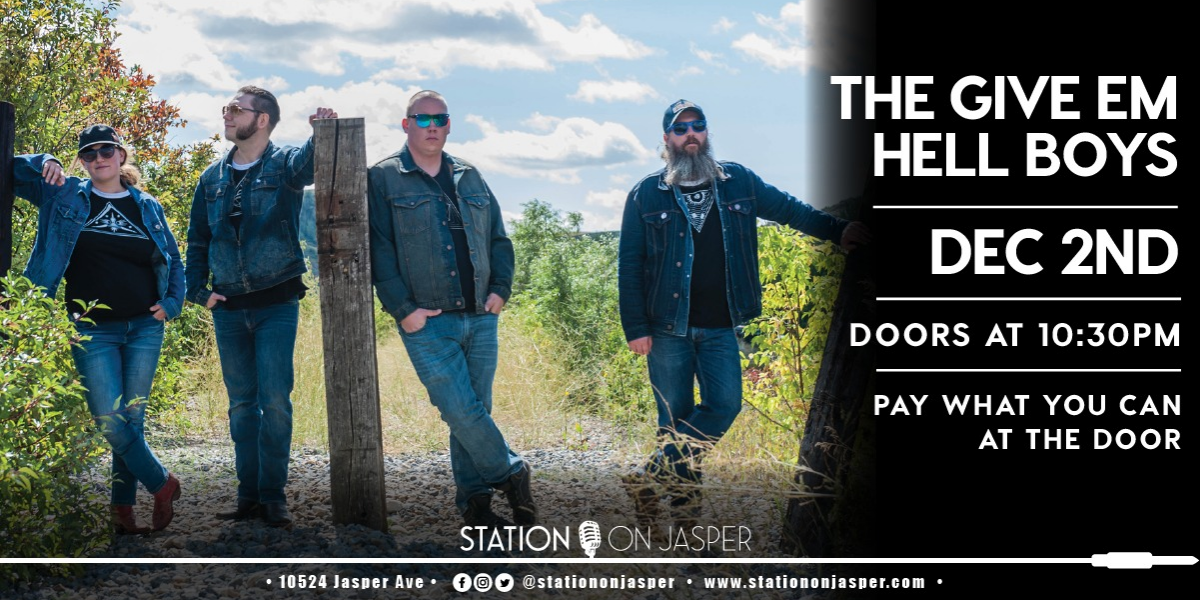 The Give 'em Hell Boys

What started with a Country train beat at a jam session with local punk rock and metal musicians in the Edmonton, Alberta music scene, What emerged what can only be called Twang Punk... blurring the lines between Country, Punk, Heavy Metal, Roots, and Rock music.

Over the past decade, The Give ‘Em Hell Boys have continued to evolve this distinct sound. Constantly gigging with a pickup truck full of songs in their repertoire, keep this four-piece band grooving and growing stronger in the Canadian music Scene.

Stay tuned for a new batch of songs to appear on an album currently being produced.

Their debut, self-produced, album, “Barn Burner”, was nominated for Country Recording of the Year at the 2013 Edmonton Music Awards. No stranger to festival stages, the band has played all over the world, in Camrose at Big Valley Jamboree (2017), Taste of Edmonton (2013, 2014) and Music on the Mountain (2016) are just a few of the notable Canadian entries to their resume. They’ve also completed two tours of Western Europe playing festivals such as the Roots and Roses (2016), Kid’n’Billies (2017) and More Blues Fest (2017). Their latest releases, a series of singles released on vinyl and online, have garnered a positive response from audiences.