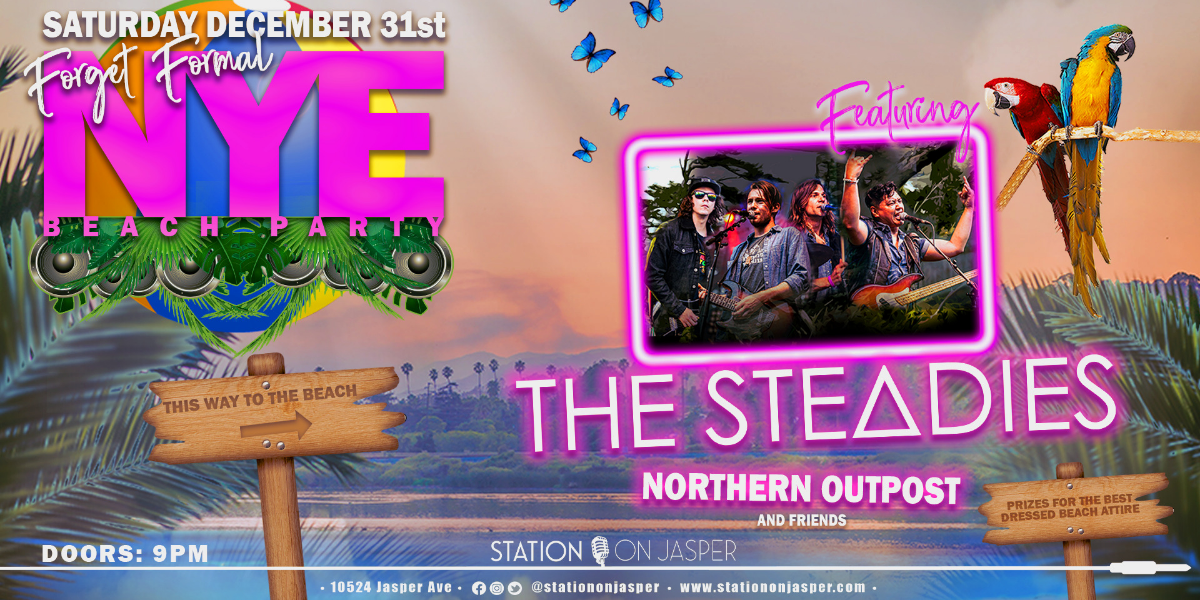 This New Years Eve were bringing the beach vibes indoors in the middle of winter! This is not your normal NYE party. For this night we celebrate good times, positive vibes, and a big year to come in your wildest beach wear! Forget the formal, forget the normal, were here for a PARTY! There will be prizes for the best dressed beach bodies, champagne poppin' at midnight, with nothing but good tunes, smiles, love and laughter!

The Steadies aren't invited to the party---they ARE the party. A high-energy groove basedband who mixes pop-rock with world-beat, funk and reggae,creating a sound they’ve dubbed, ‘island-rock’. Frontman Earl Pereira (formerly of Wide Mouth Mason) is a 3-Time JUNO Award Nominee. Highlights for The Steadies include features on Canadian Musician Magazine, TMZ, CBC, touring Asia, Europe while sharing the stage with legendary artists like Ziggy Marley, The Wailers and The Roots. The Saskatoon group was recently signed by Bristol Records (Vancouver) / CMX (Nashville) with worldwide distribution by Sony The Orchard. The band performed over 50 shows in 2021 including a sold-out headlining performance at the Sask Jazzfest Mainstage voted 'Best Concert of the Year' by Planet S Magazine. The Steadies was also nominated for 'Band of the Year' by Sask Music and will be releasing their 4th studio album this coming Summer 2022 along with a 25-date tour.

Simply put, Northern Outpost are 4 dudes who love to Jam. They play a variety of old and new rock covers that will get you on your feet and stompin' along! Northern Outpost consists of Nick Fedori on vocals/rhythm guitar, Dan Bourbannais on bass/vocals, Shae Molzahn on the drums, and Brett Hilker playing lead guitar.