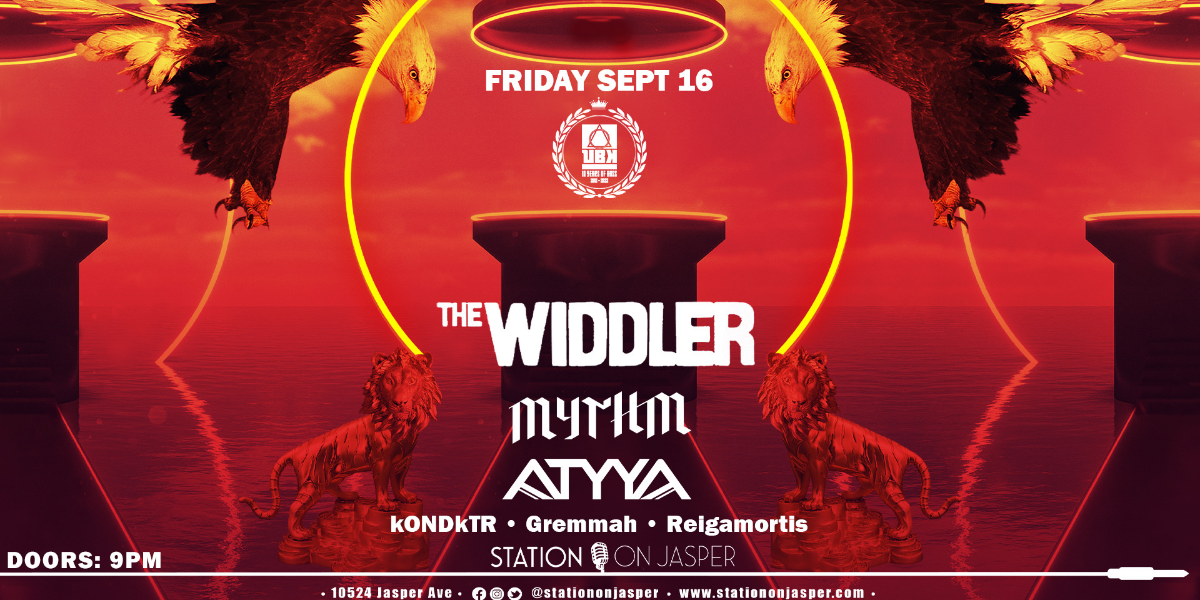 Born in Tel Aviv and living in Austin, TX, The Widdler is widely recognized as an innovator and originator of dub sound. Constantly practicing, The Widdler incorporates mix sessions into his daily routine, which translates to his flawless performances at shows; headlining with the likes of Doctor P, Reso, Ajappai, Tipper, Bassnectar, Caspa, Mary Anne Hobbes, Excision, Bukez Finezt, Truth, Downlink, & many more as well as a member of US imprints Dank ‘N’ Dirty Dubz, MalLabel Music, Deep Dark & Dangerous, & Sub.mission. Taking influence from various genres of music and lifestyle, his tunes comes in all shapes and colors. From the chilled reggae dubs and blue mood atmospheres to the mean menacing throbs of bass and percussion, The Widdler knows how to weave his musical roots with his production that makes each set entirely special. Sit back, light a spliff, and enjoy the sounds of The Widdler.

==================================
MYTHM is the vision of Vancouver bass music producer Mikey Miele. In just a short period of time, Miele has helped fortify the growth of the experimental bass and Dubstep scene on the west coast where he resides. No stranger to experimentation, the artist incorporates both analog and modular gear into his sound design. The result is a landscape of eerie atmospheres, hefty percussion, rupturing basslines, and hypnotic melodies. MYTHM has released his work on labels, such as Bassrush, Wormhole and Sleeveless Records to name a few. Since launching the project in January of 2019, Mikey has received support from the likes of world renowned producers such as J:Kenzo, Truth, Zed’s Dead, Stylust, N-Type, Liquid Stranger, and Peekaboo. Throughout the pandemic Mikey continued to elevate the project with steady releases and captivating live-stream performances that garnered him lots of new fans and listeners around North America. Riding this momentum, MYTHM leaves no room for stagnancy as he lives for the endless possibilities and boundaries that have yet to be pushed.

ATYYA [pronounced ah-tie-ah] is the music project of Canadian Producer Tyy Clark. ATYYA’s illustrious sound features deep alluring baselines, mesmerising percussive grooves, heart touching melodies, and other worldly atmospheres. Tyy Started producing music in 2006, Launched ATYYA in 2012, and began touring internationally in 2013. As of now, he has more than 100 tracks released, and more than 10 million plays. ATYYA’s signature sound is recognised globally which has brought him on tour throughout North America, as well as many exotic destinations including Russia, Israel, The Netherlands, Spain, New Zealand, Costa Rica and more.

Tyy is the founder and CEO of Production Labs, an online brand selling Sample Packs, Courses, Production Retreats, and 1 on 1 Production Lessons. Additionally, he is a professional mixing & Mastering engineer. “ATYYA Mastering” has been active for over 5 years with nearly 1000 songs mastered for his clients to date.

Additionally, Tyy is a multi-instrumentalist and hobby jazz pianist. His technical understanding of music combined with his boundless artistic passion fuel his success in the studio. ATYYA’s fans have much to look forward to this year with an array of new music releases, live mixes, and tour dates, supporting ATYYA’s motive to bring people together through music.