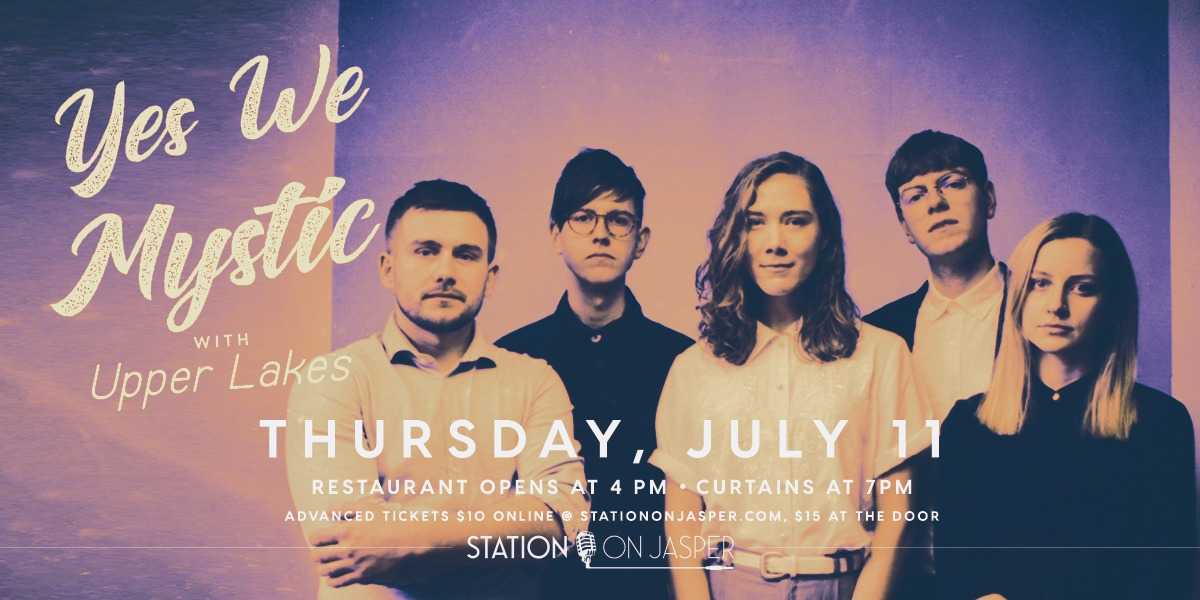 At a time when bands are stripping to the bare essentials, shedding instruments and members in favour of pre-recorded tracks, Yes We Mystic remains committed, in all senses, to excess.

The trick, if it is to be defined, is to set an expectation, and then defy it; the band takes ideas and sounds from all over the musical spectrum and filters them into something that is exhilarating, heartrending, pummelling, and grand. Perhaps elsewhere the anthemic has had it’s day; here, however, it is bent and distorted beyond recognition into something–dare we say–fresh.

Praised as “art pop transformers”, and charged with a “fearless creative energy”, Yes We Mystic has in recent years become a steadily growing force on the Canadian indie scene. If you had to put a finger on it, perhaps the best descriptor for the band’s sound is “intense, cinematic art pop”. The band matured into this sound with the release of their 2016 debut album Forgiver, recorded with legendary Canadian producer Jace Lasek (Patrick Watson, Wolf Parade, Land Of Talk). The album was met with acclaim in both Germany (where the album was released on DanCan records) and Canada.

With musical nods as diverse as J Cole, Katy Perry, and The Weakerthans, referencing everything from the superocean at the beginning of the world to suicide and the excesses of capitalism through the lens of a 2000’s game show, their new album, Ten Seated Figures, ripples with an unpredictable, unplaceable energy.

Yes We Mystic has spent three years attempting to recast organic sounds as alien and unfamiliar, running mandolins, acoustic guitars and orchestral string arrangements through cheap digital octave pedals and iPhones. By  layering these sounds atop Adam Fuhr and Keegan Steele’s dark and triumphant compositions, the band once again presents a new face to the songwriting that has propelled them since their early days.